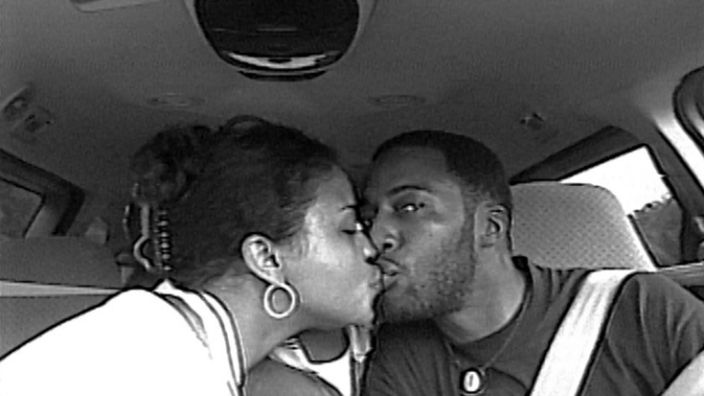 I can’t remember the last time a film I was dreading made me feel so grateful that it existed.

I knew that Time was a documentary account of a man serving an outrageous prison sentence, and the wife who was working to get him released. I braced for another heartbreaking deconstruction of injustice and systemic oppression.

As effective as those films can be, what director Garrett Bradley delivers is a miracle of love, hope and superhuman perseverance. The film unfolds in a poetic, sometimes stream-of-consciousness fashion, enveloping you in the indefatigable spirit of Fox Rich.

Bradley first envisioned Rich’s story to be a bookend for her 2017 short film Alone, which focused on families effected by incarceration. But as she dug deeper into the hours and hours of Fox’s home videos, Bradley knew this was a journey that could not be denied.

In 1997, Fox was the getaway driver as her husband Rob held up a credit union in Louisiana. After Fox delivered twins, she served three and a half years in prison. Rob tried to accept a plea deal, but a series of mishandled legal maneuvers forced him to stand trial. The guilty verdict brought a sentence of sixty years with no chance of parole. Six-zero.

The respect that Bradley and editor Gabe Rhodes exhibit for the deeply personal nature of Rich’s footage is eclipsed only by the emotional power of how they present it. Concentrating more on the effects of Rob’s sentence than the background of his case, the film sings in a style that is simply transportive, carried by the voice of a true wonder woman.

We see Fox lift herself and her children to the heights of motivation and self-respect, never letting Rob’s return home seem like anything less than a coming day. And that ending…bravo. I’m tearing up just thinking about it.

Time is a stunning journey, searingly intimate with a sobering undercurrent of commonality. You wear this film like a blanket of feeling. Don’t miss the chance to wrap it around you.