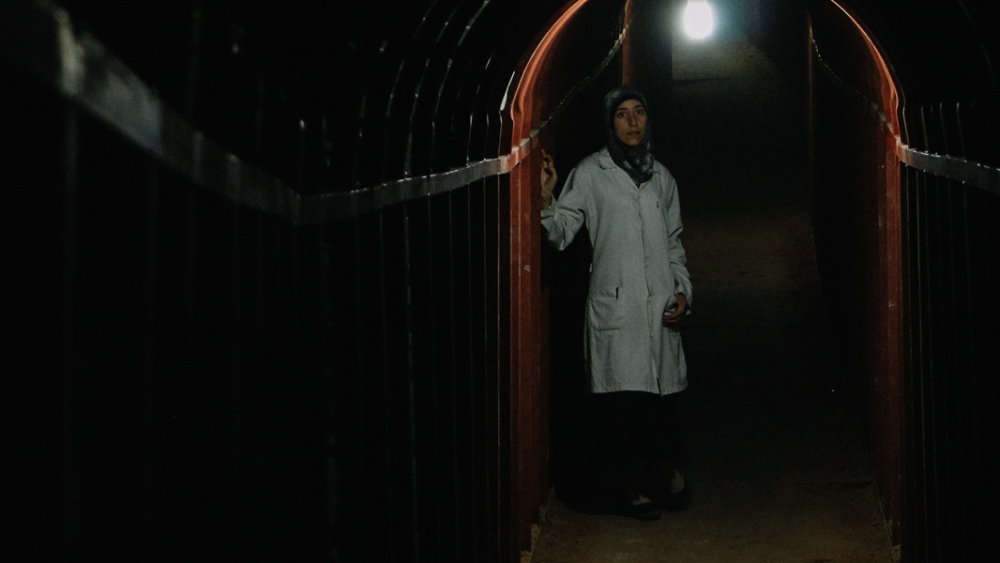 A mother wails in agony over her dead son. A child, sick from a chemical attack, cries for his mother.

The bombs of the Syrian Civil War keep coming, bringing more dead and injured civilians, and inside a makeshift underground hospital known as The Cave, the attending physician wonders aloud if God is really watching over them.

Director Feras Fayyad returns to the Syrian battlegrounds for a film that is perhaps even more unsettling than his Oscar-nominated Last Men in Aleppo. And while it is not enjoyable to watch, its grip is only strengthened by the heartbreaking relief you feel when it ends and you’re free to return to your life.

Fayyad’s camera moves with frantic precision through the underground tunnels where Syrians have fled since 2013, when “the streets became battlefields.”

With an unflinching, verite-style eye, Fayyad follows Dr. Amani Ballour much as he followed the “White Helmet” volunteers in Aleppo. But here, Dr. Amani’s fight to save lives and foster change also encompasses the systemic sexism she’s been fighting all her life.

Dr. Armani saw pediatrics as “a righteous outlet for her anger,” and her experiences provide several juxtapositions Fayyad wields to great effect. Inside a world unfit for children and a religious doctrine used as a “tool for men,” a subtle humanity is revealed, one that refuses to waver amid constant waves of inhumanity.

Oscar-nominated this year for Best Documentary Feature, The Cave is among the most rewarding kicks in the gut you’re likely to experience.