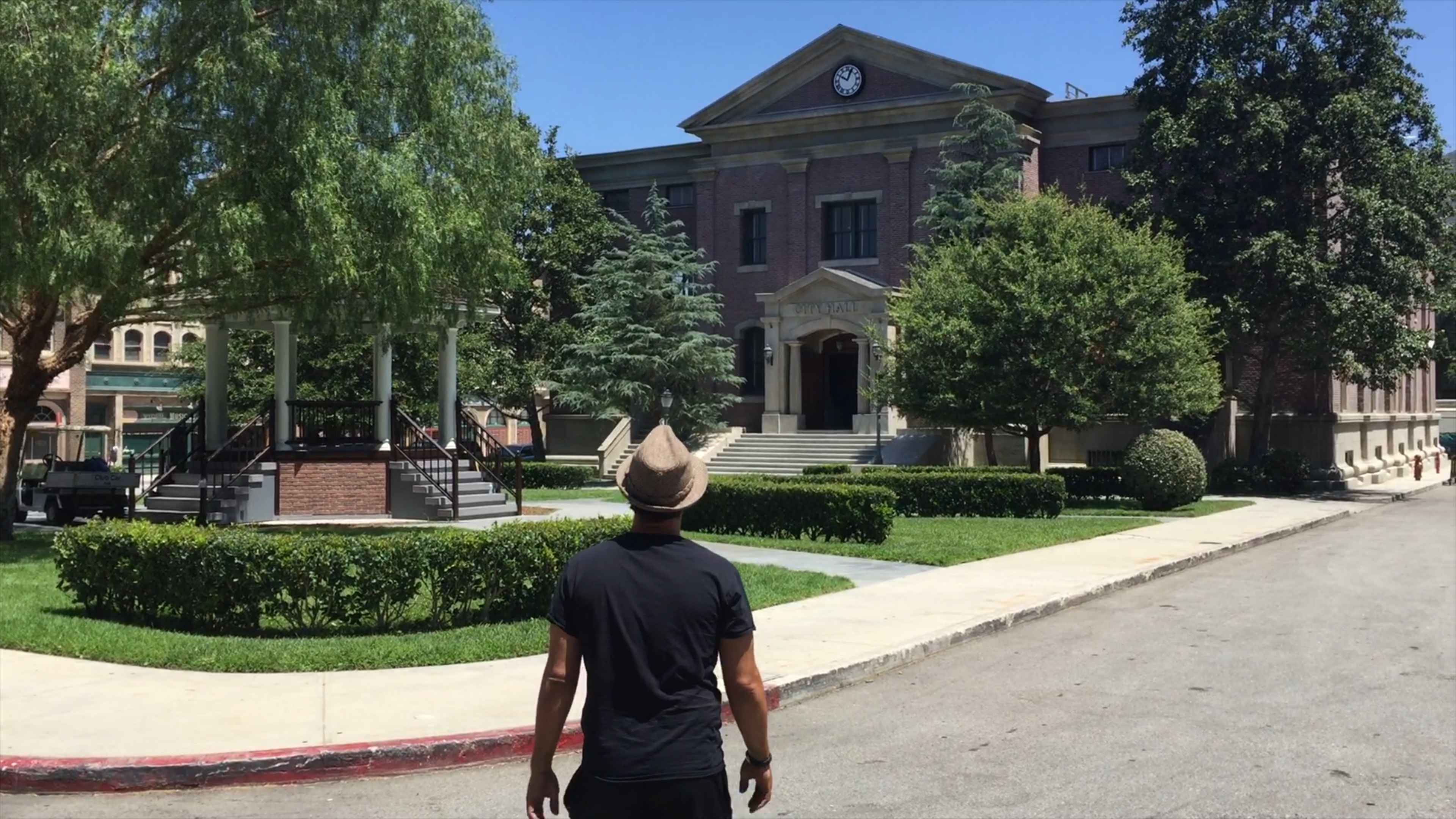 Now that Adam Kontras’s first documentary feature is out, he has time to sit back and savor the accomplishment.

“I completely regret attempting it,” he says. “Had no clue it would turn out the way it did.”

“The movie turned out well,” Kontras says. “I just wish it wasn’t me.”

The film is Fastest DeLorean in the World, Kontras’s first-hand account of mixing business with record breaking. The owner of a Back to the Future-style time machine, Kontras documented his attempt at setting a new DeLorean speed record.

It is a fascinating story, filled with frustration, thrills, more than a little personal anguish and much more debt than expected.

Kontras, a Columbus native, left home for Los Angeles in late 1999 with a performance art piece entitled 4TVs, in which he played each member of a mock boy band that performed via separate TVs due to mutual hatred. Kontras decided to update his ambitions for fans from his on-air work in Columbus radio at WTVN and CD101 (now CD102.5) with a series of videos dubbed “The Journey,” unknowingly blazing the video blogging trail.

“I had a good email following through my time in radio,” Kontras says. “I decided to include a video with the first email announcing my move to LA and chronicling the whole journey. I just made a page with each email and video on the 4TVs site and figured I’d do it until I ‘made it.’ Eighteen years later, that video blog became a sort of therapy to handle all the bullshit out here. Once I was recognized in 2009 as the first and longest-running ‘vlogger,’ it won’t be stopping anytime soon.”

And then, like so many Midwesterners chasing Hollywood dreams, Kontras built a golf course and bought an iconic vehicle.

“I built a minigolf course in my backyard,” he says. “I was theme-ing each hole, and in 2014 an actual DeLorean Time Machine seemed like the caviar dream. Long story short, I took a loan and figured I could make the money back renting the car out. If that failed, I could sell the car at the height of Back to the Future madness in October 2015 (the “future day” Marty goes to in part 2).”

Kontras credits that “madness” with doubling his investment in 2015.

“To date, it’s still my only means of income, which is hard for me to even comprehend,” he says. “The car is simply that popular.”

Needless to say, owning that car has taken Kontras to some interesting places.

“The three times I’ve had it on the Universal lot at Hill Valley will always be surreal,” he says. “Driving Lea Thompson into Dodger Stadium, driving it on an aircraft carrier—2015 was incredible for big events like that. But my favorite events are usually the smaller ones where we get to surprise fans. You forget how much this car means to people sometimes.”

It has also led to a firm friendship with Don Fullilove, who played Mayor Goldie Wilson in the Back to the Future films and joins Kontras in his documentary.

“(Don is) as genuine as he seems on-screen and I honestly feel he saves the film,” Kontras says. “He keeps the pace light-hearted, although the content is anything but.”

As Kontras sets out to modify his car enough to reach world record DeLorean speed, costs and setbacks mount. Kontras leaned on his gearhead brother Kenny for both advice and actual work on the engine, and some of the most effective moments in the film come after their differing visions lead to a gasp-inducing bit of deception.

“I’m still struggling with the aftermath of everything and it doesn’t look like it will end anytime soon,” Kontras says.

Though The Fastest DeLorean in the World is Kontras’s first feature, the film has polish in both framing and editing, thanks to his experience assembling The Journey vlogs.

“(The film) was edited in Premiere Pro, and we used so many different cameras,” he remembers. “Mostly smartphones, to be honest. When you’re doing a lot of guerrilla shoots, being able to hand off an iPhone Plus with the steadicam feature is worth its weight in gold. So many of the shots were by friends that were just there to see what happened and I’d hand them a phone. It made editing a nightmare but I’m used to that.”

Did Kontras get his speed record? The film takes you on a captivating ride to find that answer.

“The movie ends with one helluva cliffhanger,” he says. “We’re presently shooting the sequel, the content of which seems to change daily. I’m still living every second and have no idea what or when that will be.”

Fastest DeLorean in the World is available now on Amazon.