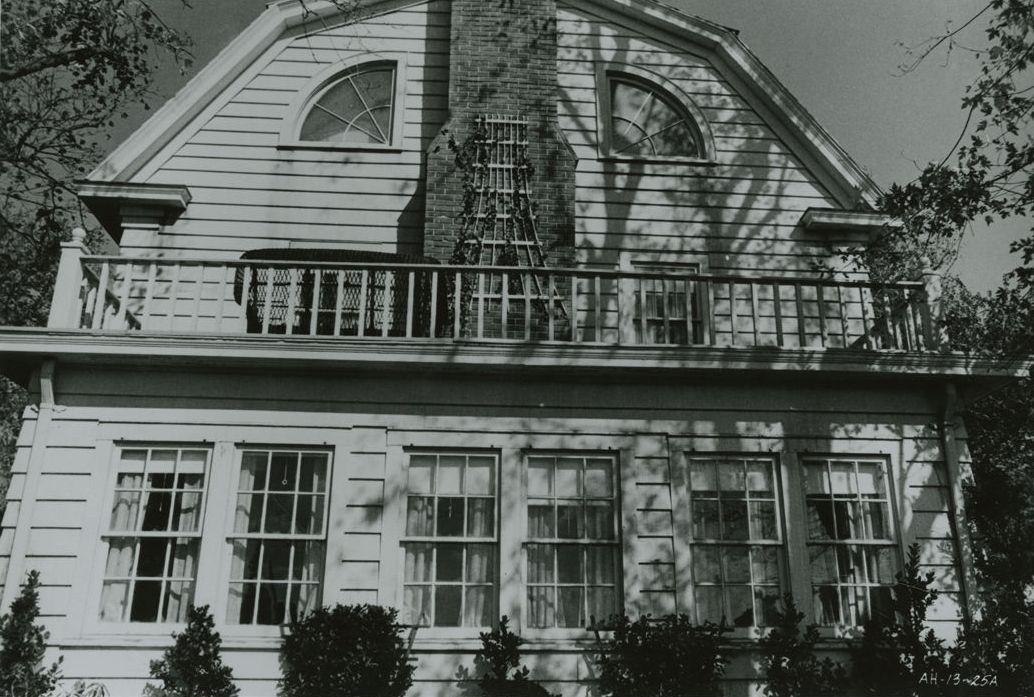 Sometimes the truth is scarier than fiction, which is why we decided to look at documentaries this week. From true crime to weird tales, from psychological nightmares to war crimes, we look at the best documentaries the genre has to offer.

Stanley Kubrick’s magnificent film The Shining inspires close examination. Director Rodney Ascher assembled some of the most inspired – obsessed, even – for his documentary on the Kubrick ghost story, Room 237.

It would be too simplistic to take Room 237 as a deconstruction of The Shining, and those hoping to uncover Kubrick’s deeper meaning may be disappointed. But what the film does, it does well. It explores one of cinema’s most exquisite films, using it to encourage the spectator’s active participation in viewing. In doing so, it positions film as an art equal to literature or painting in terms of thematic dissection.

The film begins as yet another tale spun ‘round the Long Island home called High Hopes, where Ronald DeFeo Jr. killed his parents and siblings before the Lutz family took up residence, remaining only 28 days. The Lutzes’ tale informed a fantastically popular book and no fewer than 12 films, as well as plenty of hoax accusations. What sets My Amityville Horror apart is that it quickly becomes a character study of the eldest of the Lutz children, Daniel.

He’s a troubled, heartbreaking, mesmerizing central figure for the film. His stories are so wild and yet he believes them so earnestly that, whether phantasms traumatized his family or whether these tales are the coping mechanism of a young boy subjected to a different kind of abuse becomes hazy and deeply sad.

Director and Amityville fanatic Eric Walter uses a compassionate but unerring focus to illuminate something honestly troubling: the struggle of one of the Amityville horror victims, regardless of the actual horror that went on inside the house.

Cropsey was the Hudson River area summer camp name for a boogeyman. In Staten Island’s Boy Scout camp tales, Cropsey lived in a tunnel system beneath the borough’s abandoned mental hospital. He nabbed children while their parents weren’t looking and killed them out in the woods.

But in Staten Island, the story of Cropsey was true, only his name is Andre Rand.

As filmmakers Barbara Brancaccio and Justin Zemen dig into this story of a convicted sexual predator/mental hospital orderly suspected in the disappearances of as many as seven children, they pull us through fact and myth, expertly choosing news footage to anchor modern interviews.

Their clever approach combines the best of any serial killer drama with the haunting reality of Capturing the Friedmans. They explore the investigation of a serial child killer, all the while exposing the human foibles, mob mentality, and lurid fascination that makes you wonder, even though they clearly have a very bad man, do they have the right one?

Surreal, perverse, curious and horrifying, The Act of Killing demands to be seen.
It is anchored in the atrocities committed during the overthrow of the Indonesian government in 1965. Paramilitary death squads and ruthless gangsters captured, tortured and killed at will, all under the guise of exterminating “communists.” Over one million Indonesians lost their lives, and those responsible continue to gloat about their actions from a seat of power they still enjoy today.

Co-director Joshua Oppenheimer met with some of the most famous death squad leaders and made them a distasteful yet ultimately brilliant offer: would they re-enact their savagery on camera?

An effective scary movie is one that haunts your dreams long after the credits roll. It’s that kind of impact most horror buffs are seeking, but even the most ardent genre fan will hope out loud that Rodney Ascher’s documentary The Nightmare doesn’t follow them to sleep.

His film explores sleep paralysis. It’s the phenomenon that inspired Wes Craven to write A Nightmare on Elm Street. It’s a clear creative root for Insidious, Borgman and scores of other horror movies. But it isn’t fiction. It’s a sometimes nightly horror show real people have to live with. And dig this – it sounds like it might be contagious.

We spend a great deal of time watching horror movies, and I cannot remember an instance in my life that I considered turning off a film for fear that I would dream about it later. Until now.