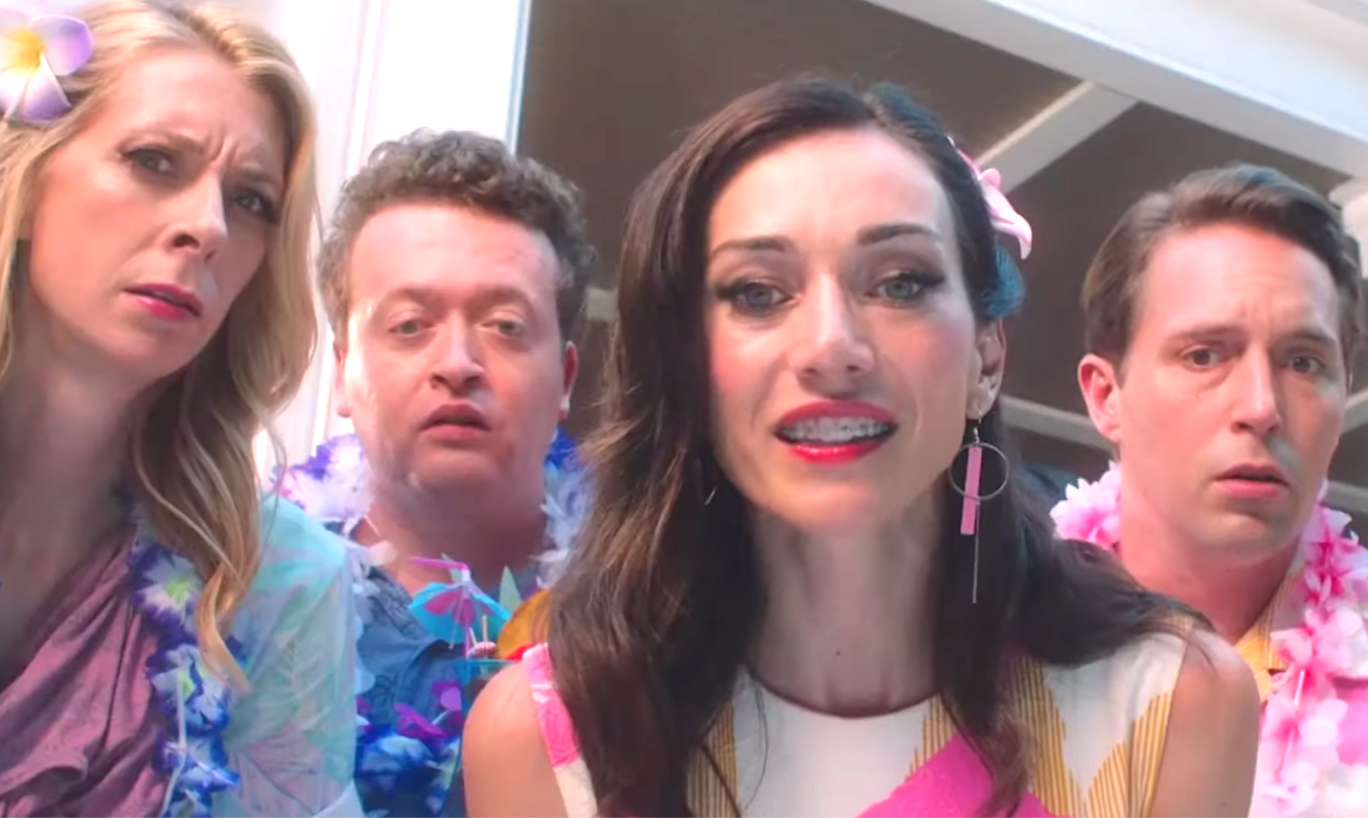 Two married couples are paired off beside each other, everyone smooching their respective spouse. They all sport gleaming braces and garish pastel-on-steroids outfits, swapping emotionless saliva until a voice breaks the moment.

Welcome to the so-wrong world of Greener Grass, the feature length adaptation of Jocelyn DeBoer and Dawn Luebbe’s award-winning short from 2015. DeBoer and Luebbe return as screenwriters and stars, plus this time add directing duties to ensure complete realization of the absurdist suburban hellscape they imagine.

Jill (DeBoer – so good in Thunder Road last year) and Lisa (Luebbe) are soccer mom besties whose sun-drenched days of gossip, golf carts and competition are thrown into upheaval when Jill gives Lisa her new baby, only to have the nerve to ask for the baby back when Jill’s young son Julian turns into a dog!

This is a late night sketch stretched to the point of no return, played with a desert-dry commitment by the game ensemble (which, appropriately enough, includes SNL’s Beck Bennett).

The end result is an over-the-top John Waters visual pastiche that’s constantly running headlong into a cheek defiantly dismissing its tongue as fake news. When DeBoer and Luebbe do bullseye their targets – with their vigil for a dead neighbor or a TV show called “Kids With Knives” – the laughs are uproarious, but the time between these winners can sometimes get lengthy.

For most people, the same joke five times is tiresome. But for some, that same joke fifteen times can become an absurd delight, and that is the space where this film plants roots that can only become deeper with time.

Because sometime in the near future, a parent will refer to their child’s teacher as “Miss Human,” and Greener Grass will have arrived. A smartly silly expose on the shallowest end of the suburban pool, this is a cult classic just waiting to happen.