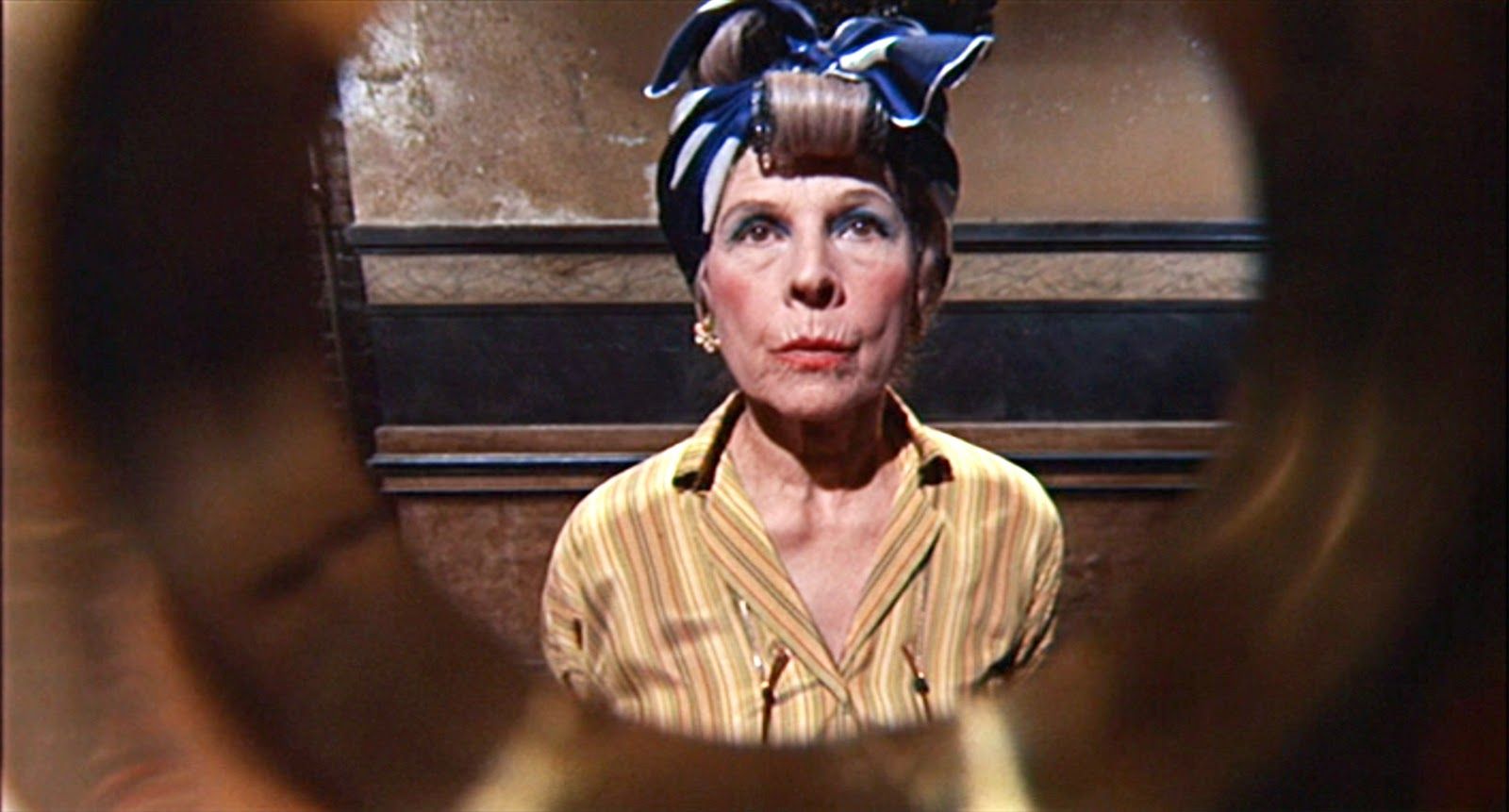 This episode is years in the making. We’ve talked about doing this, jotted down ideas and characters, debated — and now it’s finally here. Well, half of it, anyway. There’s just no way to reasonably fit the best side characters—those fully deserving a film of their own—in just one podcast. So here is our list, in alphabetical order (no need to rank them!). This one’s for the ladies.

Smartly dressed, thoughtful, loving, misguided, and as if a creature from an entirely different film. She made a decision and, sure, Angela probably should have been a part of that decision-making process. But it wasn’t Aunt Martha’s fault that Paul was a no-good cheater. Or that Judy was such an asshole. I mean, yes, that surprise at the end was due in large part to Aunt Martha, but as for the campers—they had it coming.

Ruth Gordon earned an Oscar as Rosemary and Guy Woodhouse’s busybody neighbor Minnie Castavet, wife of Roman and nonplussed chief operations officer of the coven. Yes, Roman made a good figurehead, but somebody has to just keep things moving. And as long as she ate the mouse, everything’s fine.

One of the many glorious things about Harry Kumel’s decadent 1971 vampire fable is the way it feels like two or three different films colliding into one elegant bloodletting. Mother casts a looming shadow over one of those storylines, that of a young, beautiful couple recently married, Stefan and Valerie. Even before they’re ensnared in Countess Bathory’s love web, Stefan (an irredeemable asshole if ever there was one) needs to figure out how to break the news of his nuptials to Mother.

Whenever a new character makes you simply need to hear an entirely other story, one focused on whatever they’re not telling you about that character, you know you have a winner. The way Fons Rademakers pets his butler’s head, holds court in the greenhouse, and wields unspecified but somehow sinister power over Stefan begs for its own movie.

From the moment she takes the screen, Mrs. Baylock is the new sheriff in town. She quietly yet immediately takes control of the Thorn household. If you didn’t know who was alpha, you only need to see who the dog listens to. Yep, Richard Thorn is in trouble. To say nothing of his poor, useless wife Catherine.

Walks in the house, owns the place. Tangina is a force of nature with a soft little lilt and a no-nonsense approach to cleaning the Freeling house. Her confidence gives the character more than a huckster vibe, although there is a sense of showmanship to everything she does. But when she is addressing the living, it’s best not to give trick answers.

Scary as hell. Sure, the cat, little Gage, that guy with the brain on the outside of his skull—all of it has its horror charm. But the real nightmare in Mary Lamber’s adaptation of the Stephen King tale is Rachel Creed’s guilty memory of the sister who terrified and horrified her, the sister she believes died—at least in part—due to her own negligence and hatred. Thanks to the angular, monstrous vision of Andrew Hubastek in a nightdress, all contorting ribcage and spine, Zelda became easily the scariest thing in the film.