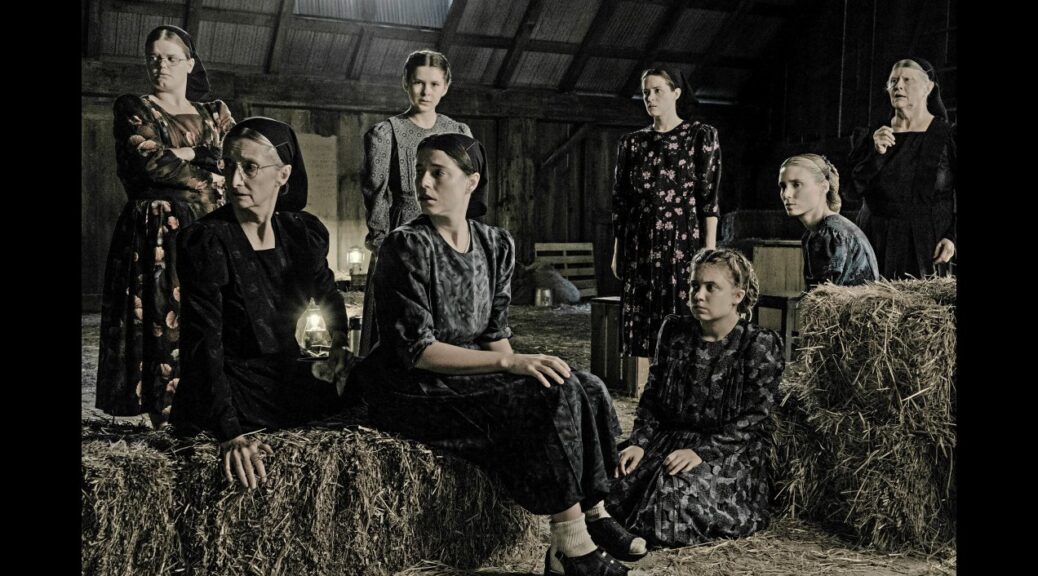 With nuanced writing and what may be 2022’s finest ensemble, Women Talking, the latest from filmmaker Sarah Polley, delivers quiet, necessary insight.

Polley invites us to witness a secret gathering of women. A select group from an isolated religious community has been chosen to make a decision for the entire sisterhood: do nothing, stay and fight, or leave.

For as long as any of them can remember, the women of the flock have been sexually preyed upon and told that they were wrong – they were lying, imagining it, or in league with demons. And they believed this, more or less, until one attacker was caught in the act. Now, while the men are in town bargaining for the release of the attackers, the women must come to a consensus about what to do next.

Think of it as 12 Angry Men, only not all of them are angry and not one of them is a man.

Jessie Buckley and Claire Foy are both on fire, one angry at everyone, the second angry enough at the men for everyone. The way Polley, who adapts Miriam Toews novel with Toews, unveils each individual’s motivations is remarkable. Her camera and script linger over moments of compassion and consideration. Women Talking dwells here, as if to point out that these women will offer each other everything the men they know would not.

Though dialog-heavy (as you might expect, given the title), the film never feels stagnant. A languid camera emphasizes the lovely tranquility of the community when the men are absent, but Polley generates palpable tension as time ticks away and the women’s opportunity to make a decision draws to a close.

Women Talking is a quietly stunning achievement and a reminder of the power of dialog and respect.