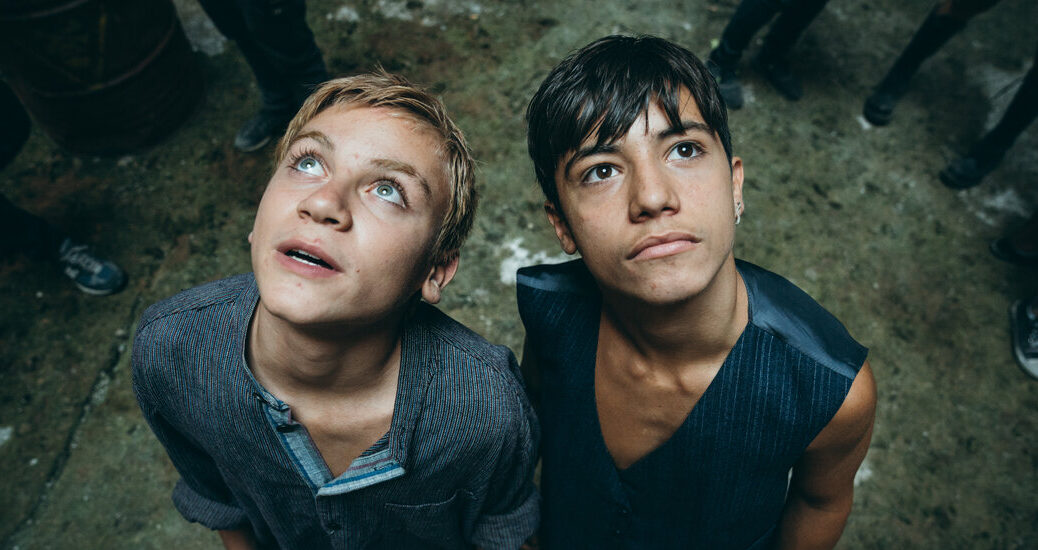 Mad Max: Beyond Thunderdome, The Girl with All the Gifts, The Girl with No Mouth, Tigers Are Not Afraid — world cinema is littered with post-apocalyptic tales focused on how children will survive and determine the trajectory of humanity.

Is it wish fulfillment? I mean, presumably, adults caused the apocalypse, so maybe the kids can do better. Or is it just that putting kids in jeopardy automatically increases tensions?

Either way, it’s a proven vehicle for heart-tugging action and adventure, something co-writer/director Alessandro Celli drives quite well in his first feature, Mondocane (Dogworld).

We follow two boys, Dogworld (Dennis Protopapa) and Pissypants (Giuliano Soprano), through their trials to impress the Ants, a gang of orphaned children led by an enigmatic adult named Hothead (Alessandro Borghi, remarkable). Pissypants earned his name due to the unfortunate side effect of seizures. Dogworld got his name as a result of what he was willing to do to be accepted by the Ants.

Once they’re in, though, there’s no going back.

Borghi makes a stunning central figure. A cross between Dickens’s Bill Sikes and Fagin, Hothead leads this band of mercenary children because he was once one of them. He plays and caresses like a caring father, punishes — even kills — without malice for the good of the clan. Borghi finds the zealot, parent and child in the character and leaves quite an impression on the screen.

Celli’s dystopian world only borders on science fiction. This is honestly what the apocalypse is likely to resemble: more and more people living lawless, filthy existences while a handful chug along as they always have and even fewer continue to live the high life. The unnerving nearness to modern reality sets Mondocane apart from the earlier, clearly futuristic fables.

It’s a fierce first feature from Celli, much aided by Guiseppe Maio’s cinematography. Maio can veer from paradise to post-apocalypse in a single shot. His camera straddles the edge of the unmanageable fantasy of prosperity, hideous reality poisoning the edges of the frame. In the next moment, they infuse every moment straight out of Thunderdome with youthful hope.

Like maybe, without adult interference, the kids can do it right next time.