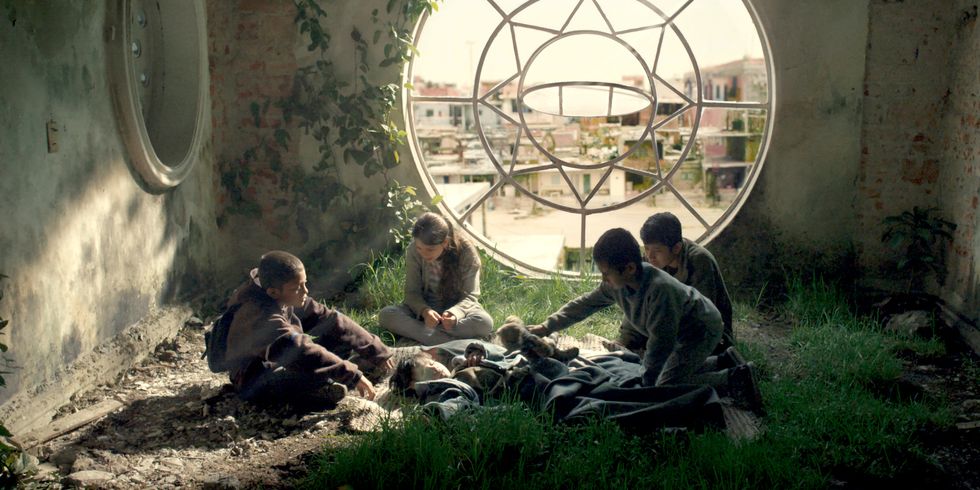 Comparing most films to Pan’s Labyrinth would be setting a bar too high. Guillermo del Toro’s macabre fable of war and childhood delivers more magic, humanity and tragedy than any one film should be allowed.

And yet, it’s hard to watch Issa Lopez’s Tigers Are Not Afraid without thinking about little Ofelia, the fairies and the Pale Man.

Lopez’s fable of children and war brandishes the same themes as del Toro’s masterpiece, but grounds the magic with a rugged street style.

There is an echo through Latin American horror that speaks to the idea of a disposable population. You find it in Jorge Michel Grau’s brilliant 2010 cannibal horror We Are What We Are and again in Emiliano Rocha Minter’s 2016 taboo-buster, We Are the Flesh.

Lopez amplifies that voice with a film that feels horrifying in its currency and devastating in the way it travels with the most vulnerable of those discarded people.

Estrella is befriended by other orphans in her city, each aching with the loss of parents and each on the move to escape the dangers facing the powerless.

Though Tigers bears the mark of a del Toro – Labyrinth as well as The Devi’s Backbone – it can’t quite reach his level of sorrowful lyricism. It makes up for that with the gut punch of modernity. Though this ghost story with tiny dragons and stuffed tigers is darkly fanciful, it’s also surprisingly clear-eyed in its view of the toll the drug war takes on the innocent.