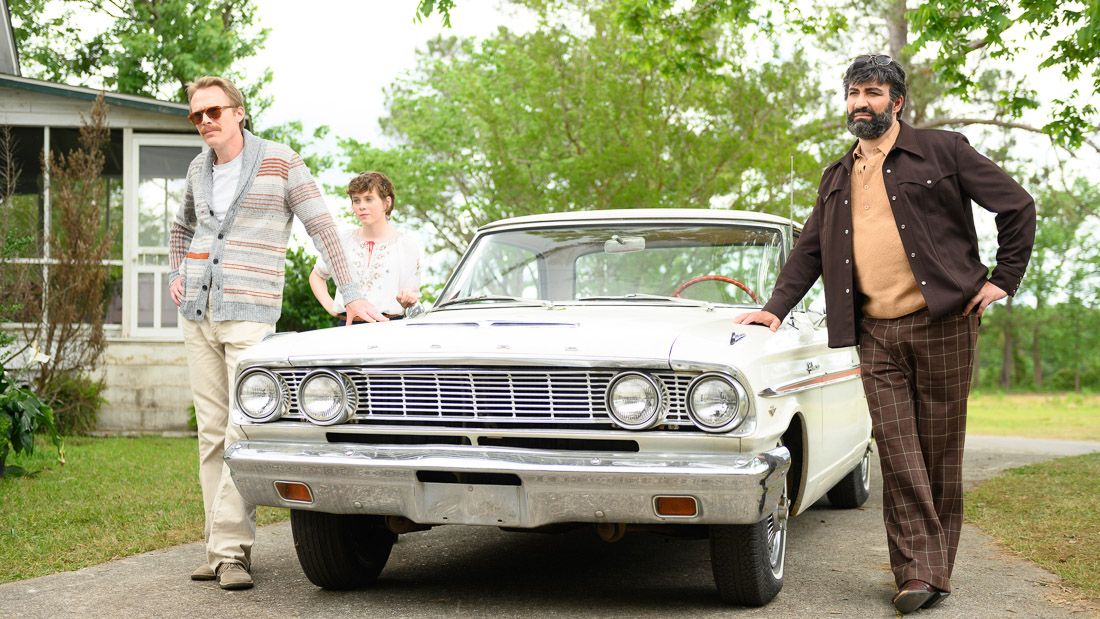 Dropping right at the start of the season normally filled with relative reunions, Uncle Frank digs into the scars of family strife for an effective drama full of understated grace and stellar performances.

Writer/director Alan Bell frames his narrative through the eyes (and scattershot narration) of Betty (Sophia Lillis), a curious teenager in the summer of 1969.

Mainly, she’s curious about life beyond tiny Creekville, South Carolina, which is a big reason Betty is always happy to visit with her Uncle Frank (Paul Bettany).

He got out of Dodge years ago, settled in New York City and now sweetly encourages Betty to look outside her backwater hometown for any kind of future she desires. A new name? Of course. Betty likes “Beth,” and Frank agrees, so that’s that.

Fast forward four years, and Beth is a freshman at NYU, where Frank teaches. Dropping by Frank’s apartment unexpectedly one night, Beth meets Wally (Peter Macdissi, terrific), and quickly finds out why Frank has long felt like an outsider in his own family.

An unexpected death in that family means Frank and Beth must travel back home for the funeral, with Wally hatching a pretty funny plan to tag along.

This time on the road becomes the bridge that connects Frank’s coming out and Beth’s coming-of-age. Ball (writer of American Beauty, creator of True Blood) isn’t blazing any trails here, but his outstanding ensemble consistently elevates even the most well-traveled terrain.

Bettany has never been better, covering Frank with a mask of easy charm that can never quite hide his self-loathing. He finds a touching chemistry with the wonderful Lillis, who brings a warm authenticity to Beth’s wide-eyed awakenings.

And check out who’s waiting at home in Creekville: Stephen Root, Margo Martindale, Judy Greer, and Steve Zahn, all seasoned talents able to keep their characters above the hicktown cliches that tempt the script.

There’s pain here, for sure, but there’s also humor and a comforting sense of hope. Uncle Frank may not be the first film to remind us how heavy family baggage can feel, but this has the cast and commitment to make you glad you unpacked for a spell.