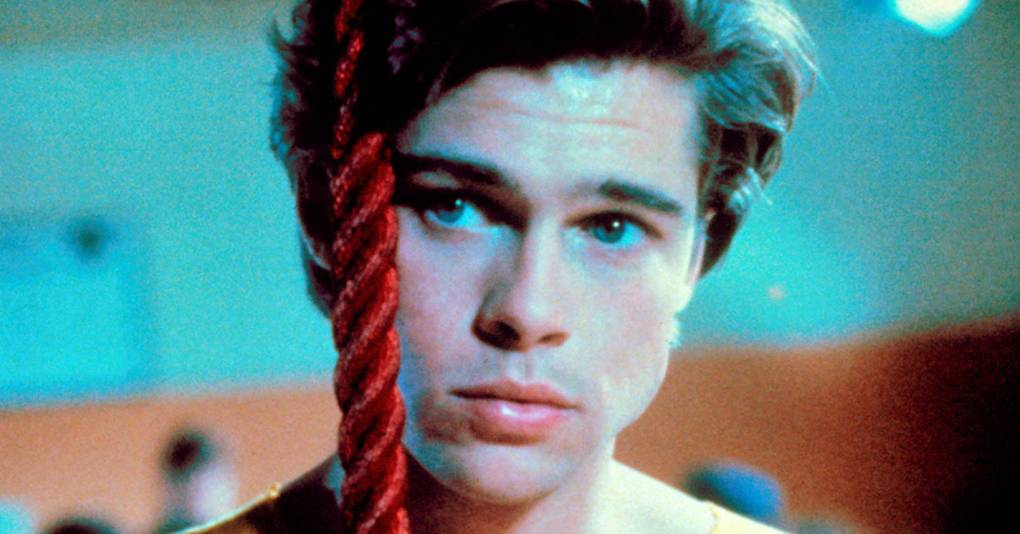 It’s the hap-happiest time of the year! Oh, our favorite thing about Oscar nominations is the excuse it gives us to dredge up those old horror flicks lingering in every good and bad actor’s past. This year’s crop was especially ripe, too. Here are the handful that made the final cut.

A guilty pleasure, this one. Theron’s screen debut just two years earlier came from an uncredited role in the clearly inferior Children of the Corn 3, but she has no lines in that and how do we pass up a two for one like this movie?

Theron’s performance is solid throughout and Pacino’s a lot of fun chewing scenes and spitting them out. Reeves is Reeves. But this is such a ludicrous, over-the-top morality play—one that Theron plays for drama and Pacino plays for camp—that Reeves’s goofball in the middle feels somehow right.

The first problem with the film is the plot. It is absolutely impossible to believe that any knife wielding maniac is scarier than a bride just 24 hours before her wedding. She’d kick his ass then slit his throat, all the while screaming about seating arrangements.

The bride thing is a weak gimmick to introduce a slasher, so we watch a shiny knife catch the light just before slicing through some friend or acquaintance of bride-to-be Amy (Caitlin O’Heaney).

In the film that’s little more than a smattering of ideas stolen from Wes Craven and John Carpenter, surrounded by basic stock images and sounds from early 80s slashers, the only thing that stands out is Hanks. In an essentially useless role, Hanks introduces the idea of comic timing and natural character behavior. Too bad we have to wait a full hour for his first scene, and that he only gets one more before his girlfriend’s head finds its way into the fish tank and he vanishes from the film.

Written and directed by Kim Henkel, Tobe Hooper’s co-scriptor for the original, Texas Chainsaw Massacre: The Next Generation amounts to one bizarre cabaret of backwoods S&M horror. You’ll think for a while it’s a regular ol’ slasher, what with the unlikable teens, broken down car, and bad decision-making. But if you stick it out, you’ll find it tries to be something different – something almost surreal, kind of madcap. It doesn’t work, but it counts that they tried, doesn’t it?

A profoundly unconvincing set-up involves Renee Zellweger as well as several colleagues no longer in the acting profession. They deliver teen clichés while wandering into a truly weird situation. The four prom-goers are terrorized by Matthew McConaughey, now leader of Team Leatherface, and his bizarre band. It’s not necessarily weird in a good way, but weird is rarely ever entirely bad.

There’s a visit from a limo-driven S& M maestro of some kind, paranoid delusions of Big Brother control, a more clearly cross-dressing Leatherface, but absolutely no tension or terror, and shocking little in the way of horror, either, regardless of Freaky Limo Guy’s line: I want these people to know the meaning of horror.

(Hint: they should watch the original.)

Sexual frustration, no doubt, as he spends every second on screen trying to get somewhere with girlfriend Paula (Jill Schoelen, frequent flier on bad 80s Horror Express).

Usually, when you look back on a superstar’s early career and find low-budget horror, one of two trends emerges. Either the superstar stands out as clearly the greatest talent in the film, or else they just cut their teeth on a very small role. Sometimes both. In Pitt’s case, well, at least he looks like Brad Pitt.

Still, it’s fun to see him try on some tics and idiosyncrasies he’ll come to rely on in later, better roles. (Like Pitt’s Oceans character Rusty Ryan, Dwight eats in every scene.)

The freakishly uneven tone, the film’s episodic nature, each scene’s seeming amnesia concerning other scenes’ actions, and the whiplash of comedy to psychological thriller to comedy all add up to an exercise in incoherence.

Here’s the crowning jewel for nearly any Skeletons in the Closet feature. It features not just a current nominee, but one past winner and ever-the-winner Charlie Sheen. It’s hard to come by and even harder to watch. The sequel to William Girdler’s 1796 forest-astrophe Grizzly was filmed in 1983 and never completed, but sort of, kind of released anyway in 1987. Every death scene ends just before the death itself, because the bear side of the struggle was never shot. So, we get a lot of bear’s eye view of the victim, but never a look at the bear side of the sequence. It’s surreal, almost.

Sandwiched somewhere between the non-death sequences is a never ending faux-eighties synth pop concert. The concert footage is interminably long, nonsensical enough to cause an aneurism, and awful enough to make you grateful for the aneurism. You will lose your will to live. So, why bother? Because this invisible grizzly puppet kills Charlie Sheen, Oscar nominee Laura Dern, and George Clooney. (Dern and Clooney are making out at the time, which actually probably happened).