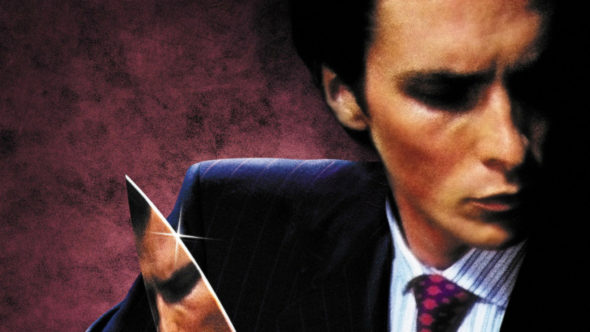 One of the most fun facts in acting is that most of the greats, even the truly greats, started off in horror. And, apparently, they all co-starred at one point or another with Keanu Reeves, whose Oscar is apparently still forthcoming. Today we look at some horror films with casts dripping with future gold.

Two Oscars plus three nominations. Not for Constantine, obviously, but that’s the hardware and would-be hardware shared among the cast of this one.

We have no explanation for this, but Keanu Reeves shows up three times in this countdown, regardless of the fact that he’s never been nominated for an Oscar.

Francis Lawrence (of the many Hunger Games fame) made his directorial debut with this big screen take on the comic Hellblazer. Reeves mumbles his way through the lead role of John Constantine. Destined to hell because of an early-life suicide attempt and cursed with the ability to see demons and angels in their true form, Constantine battles on behalf of the light in the hopes of regaining favor and avoiding his eternal fate.

Tilda Swinton plays the angel Gabriel! Peter Storemare plays Satan! I don’t know what else you need to convince you to waste two hours, but Rachel Weisz also plays twins, Pruitt Taylor Vince plays a priest, Djimon Hounsou plays a witch doctor, and there’s absolutely no reason any one of these people said yes to this job. Glorious!

OK, well Coppola alone has five outright Oscars and one Thalberg Memorial Award, as well as nine additional nominations. Add to that Oldman’s win and nomination, Hopkins’s win and three nominations, Ryder’s two nominations and Richard E. Grant’s nom and you have to just wonder why this movie doesn’t work better.

Keanu Reeves is awful. Winona Ryder is awful. Anthony Hopkins is so over the top as to be borderline hilarious. And yet, Coppola somehow matches that ridiculous volume and pitch with a writhing, carnal atmosphere – almost an oversaturated Hammer horror, all heaving breasts and slippery satin.

At the heart of the film is a glorious Gary Oldman, who is particularly memorable as the almost goofily macabre pre-London Dracula. Tom Waits makes an impression as Renfield, Richard E. Grant offers a nicely wearied turn as the asylum’s keeper, Dr. Seward, and the lovely Sadie Frost joins a slew of nubile vampire women to keep the film simmering. It’s a sloppy stew, but it is just so tasty.

Blanchett has two, Swank has two, Simmons has one, writer Billy Bob Thornton has one plus, including Danny Elfman and Greg Kinnear, there’s another 11 Oscar nominations for this cast and crew. And yet…

Blanchette is a small town Georgia fortune teller (though she doesn’t like that label). Recently widowed and raising three young boys, she’s the picture of vulnerability and Blanchette is, of course, excellent. This is one of Reeves’s stronger performances, too, as the violent rube suspected of murdering a lovely young missing person (Holmes).

Ribisi does the best by the film, which is a fun if predictable little spook show. Raimi can’t quite find his tone, and humorless horror is definitely not the filmmaker’s strong suit. Still, the cast is just about enough to make the film really shine.

Emma Stone, Woody Harrelson, Jesse Eisenberg, Abigail Breslin and Bill Murray each have at least one Oscar nomination; Stone’s also won one. And in a lovely change of pace, the movie they made together kicks all manner of ass.

Hilarious, scary, action-packed, clever and, when necessary, touching, Zombieland ranks as one of the most fun zombie movies ever made. How much of that is due to Rhett Reese and Paul Wernick’s spot-on screenplay? Loads. How much credit goes to director Ruben Fleischer? Well, he did stage that utterly fantastic theme park kiosk shootout of death, didn’t he?

But let’s be honest, the chemistry among the four leads, their comic timing and simple, undeniable talent is what raises this film to the highest of genre heights.

Truth be told, Christian Bale should have won the Oscar for this iconic slice of perfection. He did not, but he did win for The Fighter, with three nominations in quick succession after that. Reese Witherspoon has one win, one nom and Jared Leto has one win. Meanwhile, Chloe Sevigny has one nomination to Willem Dafoe’s four.

It this film better than all of those? Hell yes. These fantastic actors mingle in a giddy hatchet to the head of the abiding culture of the Eighties. American Psycho represents the sleekest, most confident black comedy – perhaps ever. Writer/director Mary Harron’s send up of the soulless Reagan era is breathtakingly handled, from the set decoration to the soundtrack, but the film works as well as a horror picture as it does a comedy.