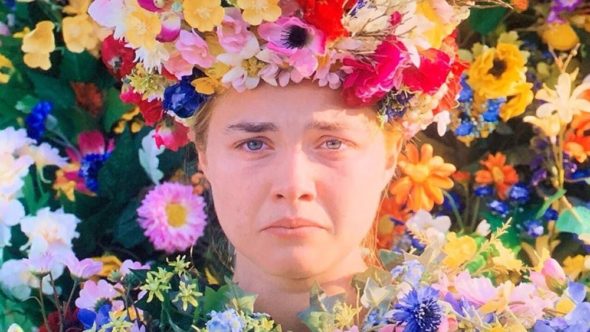 It’s time! The year has come to its end and we need to sift through all the glorious horror 2019 had to offer and put it in some kind of order. Four of the most promising names in horror— Peele, Eggers, Kent and Aster—join some bold newcomers including Jennifer Reeder, Issa Lopez, Lane and Ruckus Skye to lead a pack of unforgettable horrors.

Truth is, there were an awful lot of great films that we had to leave off this list. But that just means the actual list is that strong. Here you go:

At midnight on Grace (Samara Weaving) and Alex’s (Mark O’Brien) wedding night, everyone assembles in the Le Domas family game room: Mom and Dad (Andie MacDowell and Henry Czerny), Aunt Helene (Nicky Guardagni), other siblings and in-laws. It’s a ritual. Just one quick game of hide and seek. What could go wrong?

Welcome to Reckoning, Lane and Ruckus Skye’s lyrical backwoods epic, grounded in a lived-in world most of us never knew existed. One of the most tightly written thrillers in recent memory, Reckoning peoples the hills of Appalachia with true characters, not a forgettable villain or cliched rube among them. The sense of danger is palpable and Danielle Deadwyler’s commitment to communicating her character’s low key tenacity is a thing of beauty.

Reckoning remains true to these fascinating souls, reveling in the well-worn but idiosyncratic nature of their individual relationships—a tone matched by sly performances across the board. And just when you think you’ve settled into a scene or a relationship, Reckoning shocks you with a turn of events that is equal parts surprising and inevitable.

Knives and Skin’s pulpy noir package lets Reeder explore what it means to navigate the world as a female. As tempting as it is to pigeonhole the film as Lynchian, Reeder’s metaphors, while fluid and eccentric, are far more pointed than anything you’ll find in Twin Peaks.

And everyone sings impossibly appropriate Eighties alt hits acapella. Even the dead.

4. Tigers Are Not Afraid

Lopez’s fable of children and war brandishes the same themes as Guillermo del Toro’s masterpiece Pan’s Labyrinth, but grounds the magic with a rugged street style.

Loosely based on an old episode of Twilight Zone, Us is a tale full of tension and fright, told with precision and a moral center not as easily identifiable as Get Out‘s brilliant takedown of “post racial America.”