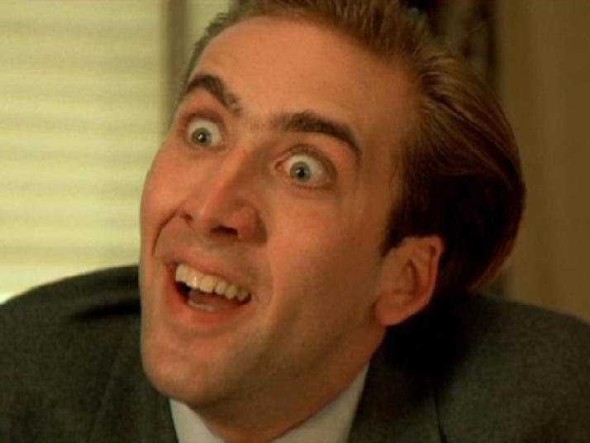 Sure, you probably caught Woody Harrelson and his shaggy blond wig in Catching Fire, the number one film in the country today (and for the foreseeable future). But this weekend,Woody sneaks back into theaters as the Appalachian meth dealer/bare knuckle boxing organizer Harlan DeGroat in Out of the Furnace. Though you might not notice it at first blush, the two characters have something in common. They’re weirdos. Is that intentional, or is it difficult for Harrelson to do anything else? He’s a tremendous character actor, a welcome sight in any film, but let’s be honest. The dude’s always and forever playing weirdos.

Well, we love that about him, and today we wish to celebrate all those reliable oddballs, freaks and weird dudes. A tip of the hat to Harrelson and his effortlessly peculiar brethren: cinema’s ten best weirdos.

Who’s Udo Kier, you may be asking? We’re sorry for your loss, because you have apparently missed out on the smorgasbord of oddballs that have made up this man’s nearly 50 year career. Between his overly large eyes, wet lips and impenetrable accent, he brings a pervy air to every role, which he’s used to great effect in hundreds of performances.

Shannon’s size, his quietly observant style, his delayed nasal speaking, his judging eyes all give him a creepy quality perfect for weirdo roles. Luckily for everyone, he’s deeply talented, imbuing each of his unique characters with the fragile humanity that spawned the freaky behavior in the first place.

Rockwell’s a huge talent, and with his trademark quirky charm he’s basically invented the niche of oddball leading man. There’s a childlike quality to his performances, and a laid back but somewhat scornful humor that reminds us at times of Woody Harrelson and Bill Murray. He brings a magnetic but quirky humanity to every role – drama or comedy, lead or supporting.

That gravely, smoker’s voice, the Eraserhead-esque hairstyle, a face and body that appear to be all angles – Waits cuts an unusual onscreen image. He’s put that to fine use over the years in roles that call for something a little unusual.

Back in the day, Rourke brought a uniquely smoldering charisma to roles. He was never a cookie cutter leading man, always a bit off. His current hulking appearance and years of bad decisions have thrust him into the niche of the lumbering nutjob, but you know what? He handles it with aplomb.

Dude! It may have been Hopper’s own bad wiring that helped him bring a little mania (sometimes a lot) to scores of roles: the wacked out hippie in Easy Riders, the wacked out zealot in Apocalypse Now, the obsessive investigator in Texas Chainsaw Massacre 2, the Southern madman in Paris Trout, the drunken father in Hoosiers. But he owns it in among the all time great freakshow performances, Frank Booth in Blue Velvet.

Dafoe brings a malevolent comic ability to roles – including his supporting turn opposite Harrelson in Out of the Furnace. His performances tend toward fearless, and he contorts his own physical presence to bring out the demonic or the strangely comical – or both – in each role.

The great. Whether he’s requesting cowbell on SNL, adding a peculiar charm to a comedy, or staring down a man about to die in a drama, Walken’s staccato delivery, blank stare and musical timing ensure that every line he delivers feels  profoundly, often unsettlingly weird.

The thing about Crispin Glover (McFly!) is that you get the feeling this is just how he is. He’s drawn to the characters that most closely resemble his own unique personality. I’m not saying he eats cockroaches, but a romantic lead is probably not in his future, on camera or otherwise.

Cage wins this contest because he appears to have trouble not being a weirdo. Channeling his inner normal guy seems to sometimes be too great a task for the actor. Those ridiculous wigs only hamper any effort to mask his natural freakishness, but we say don’t hide it, Nic! Let that freak flag fly.

← Tough Time for a Brother’s Keeper
A Cup of Nog for Your Queue. Maybe Two. →
Scroll Up