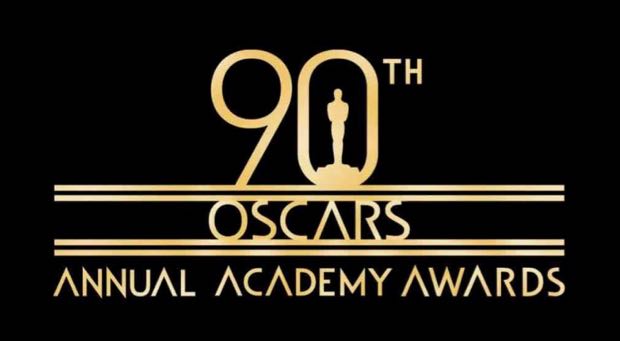 2017 was year marked by independents: original screenplays, original ideas, low-budgets, big returns. How beautiful is that?

Bearing his most intimate vision yet, Guillermo del Toro’s The Shape of Water swept up 13 Oscar nominations, impressing voters in nearly every category, from technical achievement through acting and directing.

And Get Out represents the first full-blown horror film to be nominated for Best Picture since The Sixth Sense in 1999. The powerhouse indie not only earned more than $250 million, it also nabbed a total of four nominations, including acknowledgments for Daniel Kaluuya for Lead Male Actor and Jordan Peele for Original Screenplay and Director.

Slights were few and far between. Here’s a recap of the morning’s events:

The biggest surprise here is probably Darkest Hour, a film marked by an outstanding performance and not much else. Mudbound or Blade Runner 2049, both with three noms themselves, would have been stronger choices. We would have loved to see a real long shot—The Florida Project, The Killing of a Sacred Deer or even A Ghost Story—in its place, but we know that’s dreaming.

“Call Me by Your Name”
“Darkest Hour”
“Dunkirk”
“Get Out”
“Lady Bird”
“Phantom Thread”
“The Post”
“The Shape of Water”
“Three Billboards Outside Ebbing, Missouri”

The unexpected exclusion here is not Steven Spielberg for The Post, but Martin McDonagh for Three Billboards Outside Ebbing, Missouri—a film nominated for 5 Oscars: three in acting, one for film editing and McDonagh for the original screenplay. But it’s hard to pick nits with this list. We love the diversity here and wouldn’t change a thing.

This list consists of Frances McDormand and everyone else. If there is a sure bet this year—and, let’s be honest, there are two—one of them is McDormand in this category. We’re thrilled to see Margot Robbie grab a nomination, and while it’s tough to ever argue the inclusion of Meryl Streep, we would not have been unhappy to see a woefully underappreciated Salma Hayak get the slot for her lovely work in Beatriz at Dinner or Michelle Williams for All the Money in the World.

Not many surprises here and no real bones to pick. And when Gary Oldman picks up his statue and comments on the amazing talent in his category this year, we will agree.

As is often the case, it’s the supporting categories that are stocked to brimming, with an “I wish they would have considered” list that’s longer than can possibly be accommodated. Will Poulter (Detroit), Barry Keoghan (The Killing of a Sacred Deer), Michael Shannon (The Shape of Water) and Armie Hammer (Call Me By Your Name) all delivered performances that, in any other year, would have earned them a nom. But this list is beautiful.

Like the supporting men, the list of worthy contenders here is huge. We couldn’t be more thrilled to see Lesley Manville get this credit for her pitch-perfect turn in Phantom Thread, or for Mary J. Blige’s stellar work bringing more attention to the beautiful Mudbound. We would have loved to see Hong Chau nominated for Downsizing, but it’s hard to know which nominee to drop in her favor.

Look how pretty! This list is suitable for framing. Glorious. The fact that so many others were worthy—The Killing of a Sacred Deer, Dunkirk, Baby Driver, The Florida Project—only proves that 2017 was an utterly spectacular year for original work.

Here’s a category filled with surprises, which may represent a surprisingly weak year in adapted screenplays, but maybe that just means filmmakers took more chances on original work that paid off.

Boss Baby? Really? It was a weak year for animated films—clearly—but who knew it was “Ferdinand and The Boss Baby get Oscar nominations” weak? Best bet would be to eject both of those, nominate Mary and the Witch’s Flower and just go with four.

Finally, bones to pick, and big ones: Whose Streets? and Jane. Sure, Faces Places has the upper hand in this category, but those two are glaring omissions. Boo.

Most of these haven’t screened in Columbus, but The Square was fantastic.