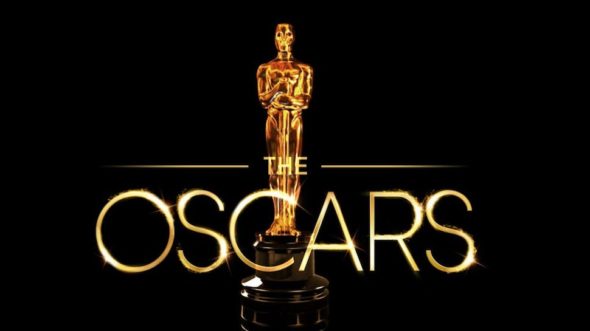 Any year as strong a 2019 is going to see its share of snubs in the Oscar race because there are just too damn many worthy films and performances. It’s a blessing, really. But we will complain anyway.

First, though, we’ll celebrate Scarlet Johansson for finally getting a nomination, and then getting a second. She nabbed a nom in both lead and supporting categories this year. Antonio  Banderas and Cynthia Erivo nab their first Oscar nominations—Banderas waited just a tad longer for the recognition, but both are well deserved. Also thrilled to see Parasite clean up, JoJo Rabbit and 1917 collecting so much love.

But where was Uncut Gems? Not a peep for Adam Sandler’s career-turning performance or for the Safdie Brothers writing, direction or film. Same for Awkwafina and writer/director Lulu Wang’s The Farewell, both films that deserved a spot.

The most obvious snubs belong to Jennifer Lopez, whose brilliant turn in Hustlers was forgotten, Frozen 2, which didn’t garner an animation nomination (although we’re OK with that), and Apollo 11, which went unnoticed in the documentary category.

Here’s what we did get.

Knives Out struck us as a clear contender for Best Picture. It would be great to fill the list out to its full capacity of 10, include Knives Out and either The Farewell or Uncut Gems.

Martin Scorsese for The Irishman

Quentin Tarantino for Once Upon a Time in Hollywood

Greta Gerwig needed to be here for Little Women, not just because this is once again the All Male Olympics, but because she deserves to be here. We’d give her Phillips’s spot.

Best Performance by a Lead Actress

Awkwafina, who won the Golden Globe and showed remarkable skill, vulnerability and range in The Farewell deserved a slot as did Lupita Nyong’o for Us. We’d have put them in over Theron and Erivo. It would not have made us unhappy to see Tessa Thompson or Elisabeth Moss make the list for Little Woods and Her Smell, respectively, but that would have been asking a lot.

Best Performance by a Lead Actor

Antonio Banderas for Pain and Glory

Leonardo DiCaprio for Once Upon a Time in Hollywood

Jonathan Pryce for The Two Popes

I don’t know that we’re surprised the Academy voters didn’t go with Adam Sandler, but we’re definitely disappointed. He should have had Pryce’s spot. It’s a tough, stacked year for lead actor, which is why glorious work by Robert Pattinson (The Lighthouse), Eddie Murphy (Dolemite Is My Name) and Kelvin Harrison, Jr. (Luce) went unnoticed. More surprising are snubs for DeNiro (The Irishman), Taron Edgerton (Rocketman) and Christian Bale (Ford v. Ferrari), but again, this category is loaded.

Best Performance by an Actor in a Supporting Role

Tom Hanks for A Beautiful Day in the Neighborhood

Anthony Hopkins for The Two Popes

Al Pacino for The Irishman

Joe Pesci for The Irishman

Brad Pitt for Once Upon a Time in Hollywood

Who are those guys? Never heard of them.

If we had our way, Song Kang Ho’s incandescent turn as patriarch in Parasite would have edged out Hopkins, but the biggest let down is Willem Dafoe, whose insane wickie in The Lighthouse deserved a spot.

Best Performance by an Actress in a Supporting Role

If you’d asked us ten years ago whether we would ever utter the line, “Jennifer Lopez deserves the Oscar nomination that went to Kathy Bates,” we would have assumed you were high. But there you have it. Or maybe Robbie took J Lo’s place, we don’t know. They were all good, but Lopez was better.

Another great category, and one that’s hard to argue. The Farewell deserved a spot as did  Uncut Gems, but we don’t know where we would have put them.

No Apollo 11? We’d have given the damn Oscar to that breathtaking piece of history, and here it isn’t even nominated. It was a great year for docs, though, and here’s proof.

I Lost My Body

Lots. I Lost My Body might come as a surprise to a lot of people, but we thought it might crack the list. Hell, Missing Link might surprise some folks, even with the Golden Globe win. But Klaus is certainly a film that few expected to see named on this list. What did we expect? Frozen 2, although if we’re honest, we’re pleased as punch to see this list. (As long as TS4 wins.)

Great to see the  brilliant Honeyland draw noms in both International Picture and Documentary, but where the hell is Portrait of a Lady on Fire?

Once Upon a time in Hollywood

All deserving. We are just grateful they recognized the glorious cinematography in The Lighthouse.

No Us? We’d put Michael Abels score in Skywalker’s place, but the rest sound fine to us.

The 92 annual Academy Awards will be held February 9th, and aired live on ABC.

← I Don’t Want to Go Out —Week of January 13
Fright Club: Time Loop Horror →
Scroll Up