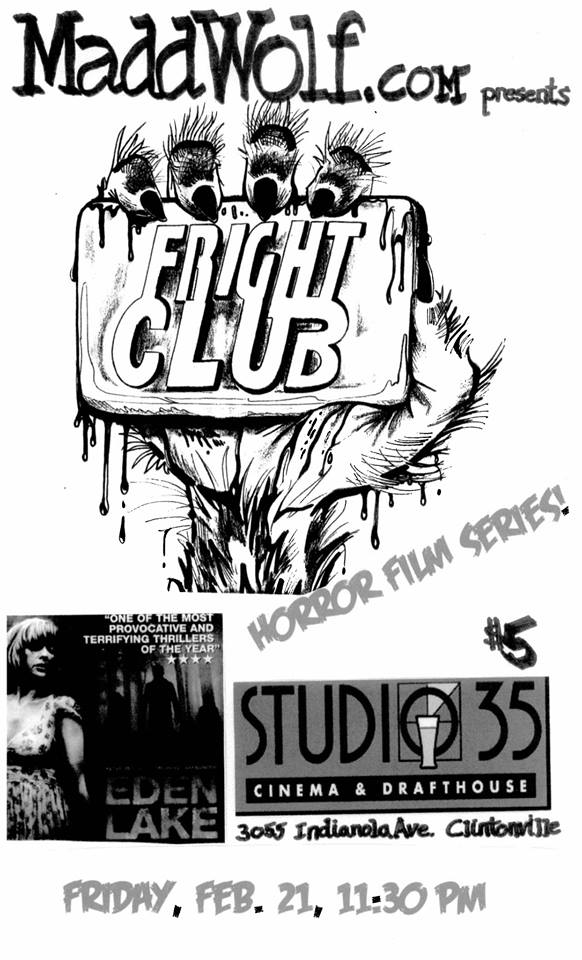 Join George and Hope this Friday night, 11:30, at Studio 35 Cinema and Drafthouse for Round 2 of Fright Club! We’re showing the underseen indie horror gem Eden Lake starring Michael Fassbender. It’s a unique and terrifying picture that deserves a big audience. Enjoy some of Studio 35’s great draft beers and hang out with some scary film fanatics – what could be better?