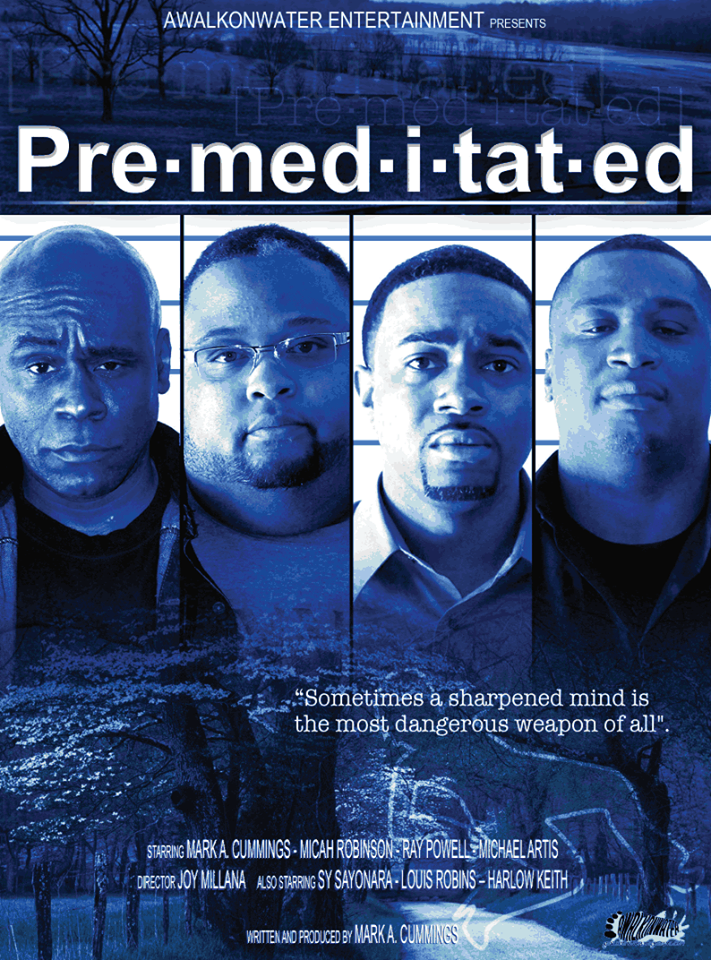 Four friends awake from a night of partying to find themselves in a hell of a mess, and none can remember quite how it all happened.

It may sound like The Hangover, but there’s nothing funny about the business in Premeditated, a Columbus-made murder mystery premiering at Lennox Town Center at 6pm Saturday.

The film follows Stoney (Ray Powell), Guru (Michael Artis), Deuce (Micah Robinson) and Hawk (Mark A. Cummings), independent filmmakers en route to a meeting that they hope will finally give them their big break. They get sidetracked, and in a matter of hours they are the prime suspects in a woman’s disappearance.

Cummings, who also wrote the script and produced, has operated Awalkonwater Entertainment LLC with his wife since 2007. Their first film was Best Supporting Daddy, a romantic-comedy that debuted in 2009. Then, the drama The Buyout was produced in 2010.

The sold-out June 21st event is the only local showing scheduled for Premeditated, but Cummings plans to submit the movie for consideration into various film festivals, in addition to the five he has already contacted.

Cummings and director Joy Millana filmed Premeditated in Columbus, Pickerington, and Grove City, and Millana is able to conjure an effective sense of claustrophobia while the men are held and interrogated by a local sheriff (Louis C. Robins) bent on getting a confession.  As the friends reveal new secrets and reopen old wounds, all four actors get a chance to shine, especially Powell, who gives Stoney a dangerous edge.
In addition to writing, acting and producing, Cummings has self-published three books using the pseudonym Xavier Benoit through his publishing company, Urban Inspirational Books. Find more details on the premiere of Premeditated on the film’s facebook page.

One thought on “Cbus Thriller to Premiere at Lennox”