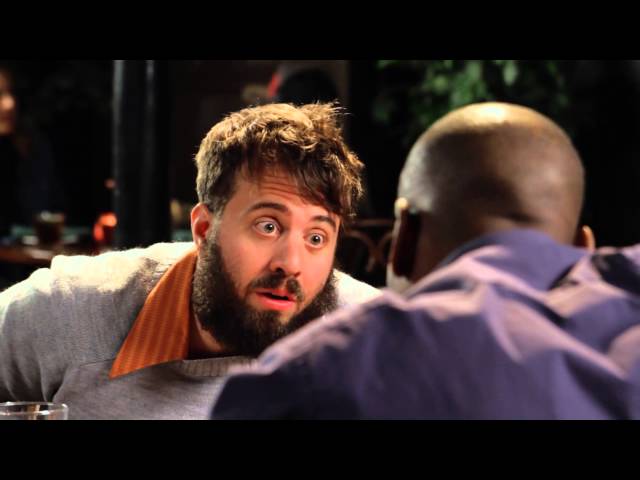 Wondering how best to celebrate the 20th anniversary of that bat-shit white Bronco freeway chase? (That’s right- it’s been twenty years!) Jeff Rosenberg has you covered with his new film, OJ: The Musical.

This little slice of theatrical genius shadows aspiring thespian and/or nutjob Eugene Olivier via mocumentary as he follows his muse. Eugene leaves the Big Apple behind to take on that theatrical hotbed, Hollywood, recruiting old friends and attempting to put on the “next great American musical” – an adaptation of Shakespeare’s Othello, reworked to mirror the OJ Simpson case.

Writer/director/producer Rosenberg has a degree in playwriting from Ohio University, and his insider knowledge of the theatrical process is put to good use here. His script is sharp witted but soft hearted, his attitude generous but entirely comical.

Eugene, played with manic good nature by Rosenberg’s longtime collaborator Jordan Kenneth Kamp, is a doughy ball of denial, vulnerability, goofiness and arrested development. His is a unique but entirely recognizable character, and Kamp nails it.

Rosenberg’s piece does not trod entirely new ground, despite the unusual stageplay at its center. You can’t help but measure it against other drolly comedic mocumentaries by the master of the genre, Christopher Guest. And with a musical at its heart, it bears a resemblance to much of the work of Trey Parker and Matt Stone – heady company, but OJ holds its own.

OJ is not as dry as Guest’s work, nor as confrontational as the South Park output. Instead, it finds an understated, amiable place between.

Though the film is too slow in spots, it overcomes pacing lags with rampant unpredictability. And though Kemp is clearly the star of this show, the whole ensemble sparkles as it lovingly skewers the earnestness of that “show must go on” attitude.

The way the Bard’s tragedy, OJ’s case and Eugene’s journey come together is subdued brilliance. The play itself, in the final act, is hysterical, but nothing in the film draws as many laughs as the new idea brainstorming over the credits.