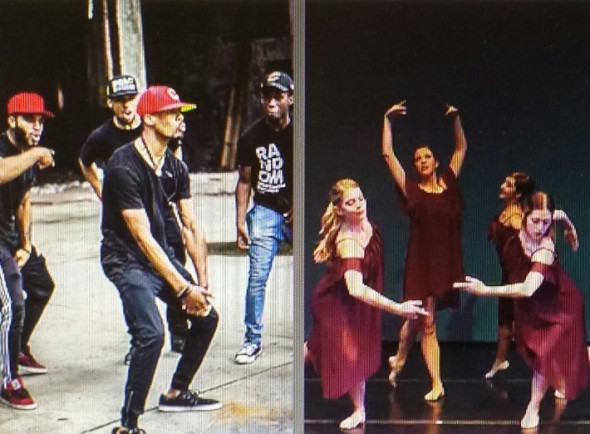 “I see the light of dance. The freedom. The undeniable release of expression within our human forms transformed outwardly for all to see through the movements of our bodies. I want the world to experience this from Columbus.”

Candace Wright is a Sr. Business Analyst at JPMorgan Chase by day, but has plenty of experience away from her desk and behind a camera. After years of video production projects she’s made the jump to filmmaker with her first documentary feature, Love, Dance, screening this weekend at Gateway Film Center.

“I haven’t made any other films at all,” Wright says. “The film work I do is mostly weddings and some promotional videos, so I was really excited to start with a documentary as I venture into real, feature-length filmmaking.”

Wright is a dancer herself, and her debut film not only displays a love for her subject, but solid instincts as a director. Love, Dance showcases eleven Columbus-area dancers of different ages and backgrounds, exploring how each “dance journey” changed a life.

To find her stars, Wright went looking for passion.

“I put out a casting call online and put up flyers at some dance studios. Most of the dancers selected were recommended to me from several other dancers in Columbus. I spoke to each of them beforehand about my idea and their story about their love of dance and how it has changed them or is changing them. From that, I wanted to pick who had true passion for dancing, talent and a great story of why they love dance.”

Aside from an occasionally rough sound mix that is common with young filmmakers, Wright’s entry into the Columbus film scene is impressive. The stories evolve naturally and are paced well, as Wright mixes first person interviews, performance clips, and old home video with a fine eye for style and editing. Very little of the film feels like filler, with Wright finding moments of true poignancy in her diverse group of performers.

Though many of the dancers in the film express some disappointment with the dance scene in Columbus, Wright is hoping to find the Columbus film community more supportive.

“I want to inspire people through film. Everyone has a story…it can inspire you. I want to make documentaries that make that happen.”

← Truth to Power
No Escape →
Scroll Up