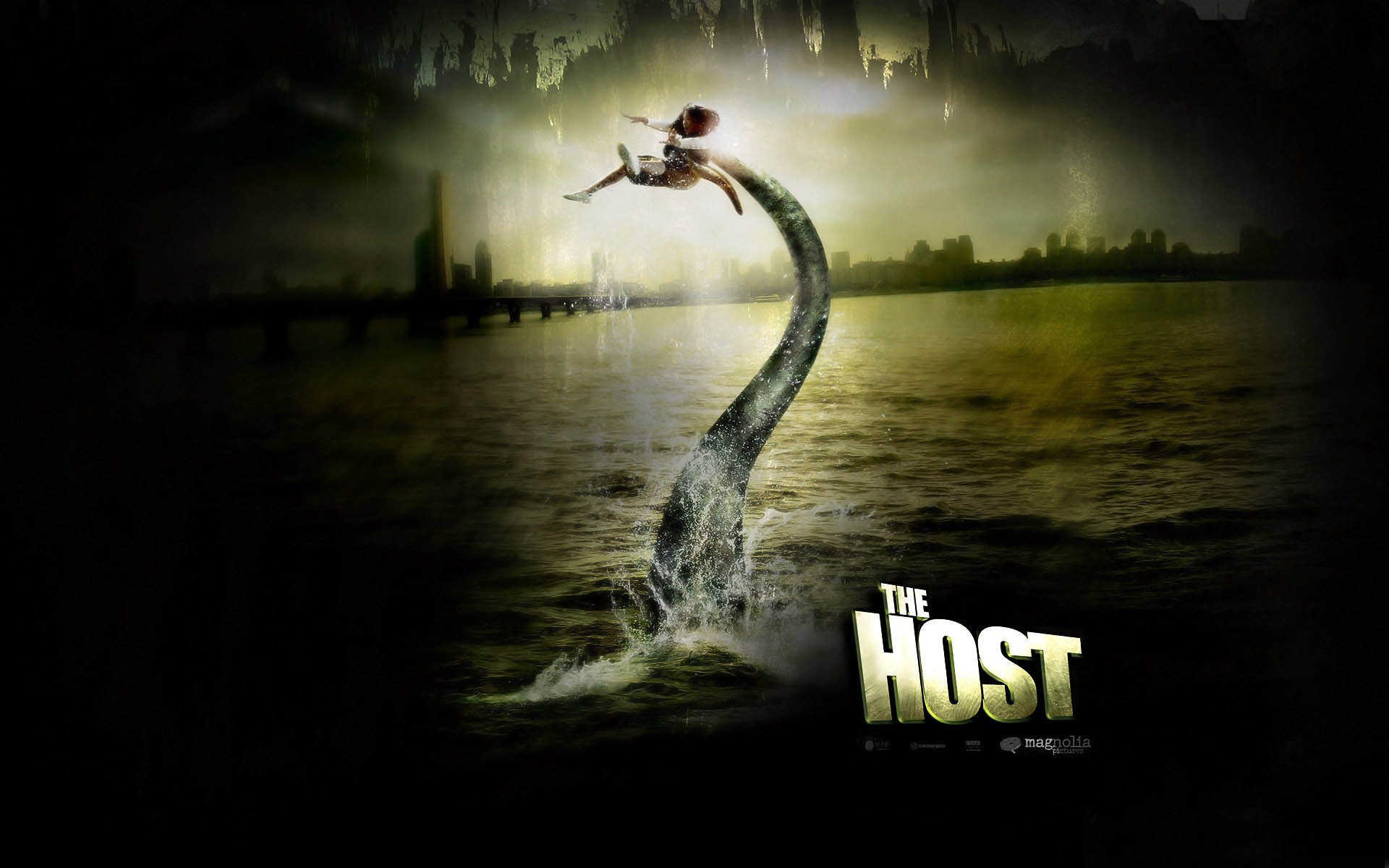 Japan may have left its monster movie past behind it, preferring circuitous tales where ghosts and technology intertwine, but in 2006, Korea took its own shot at the Godzilla fable. The sci-fi import The Host, which tells the tale of a giant mutant monster terrorizing Seoul, has all the thumbprints of the old Godzilla movies: military blunder, resultant angry monster, terrorized metropolis. Writer/director Joon-ho Bong updates the idea, though, and not solely with CGI.

The film opens in a military lab hospital in 2000. A clearly insane American doctor, repulsed by the dust coating formaldehyde bottles, orders a Korean subordinate to empty it all into the sink. Soon the contents of hundreds of bottles of formaldehyde find its way through the Korean sewer system and into the Han River. This event – allegedly based on fact – eventually leads, not surprisingly, to some pretty gamey drinking water.  And also a 25 foot cross between Alien and a giant squid.

Said monster – let’s call him Paul – exits the river one bright afternoon in 2006 to run amuck in a very impressive outdoor-chaos-and-bloodshed scene. A dimwitted foodstand clerk witnesses his daughter’s abduction by the beast, and the stage is set.

What follows, rather than a military attack on a marauding Paul, is actually one small, unhappy, bickering family’s quest to find and save the little girl. Their journey takes them to poorly organized quarantines, botched security check points, misguided military/Red Cross posts, and through Seoul’s sewer system, all leading to a climactic battle even more impressive than the earlier scene of afternoon chaos.

The film’s decidedly comedic tone gives the film a quirky charm, but seriously diminishes its ability to frighten. Host does generate real, claustrophobic dread when it focuses on the missing child, though. Along with its endearing characters, well-paced plot, and excellent climax, it makes for a film that may be no Alien, but it’s a hell of a lot better than Godzilla.

The Host screens midnight Friday (8/9). You can also see: