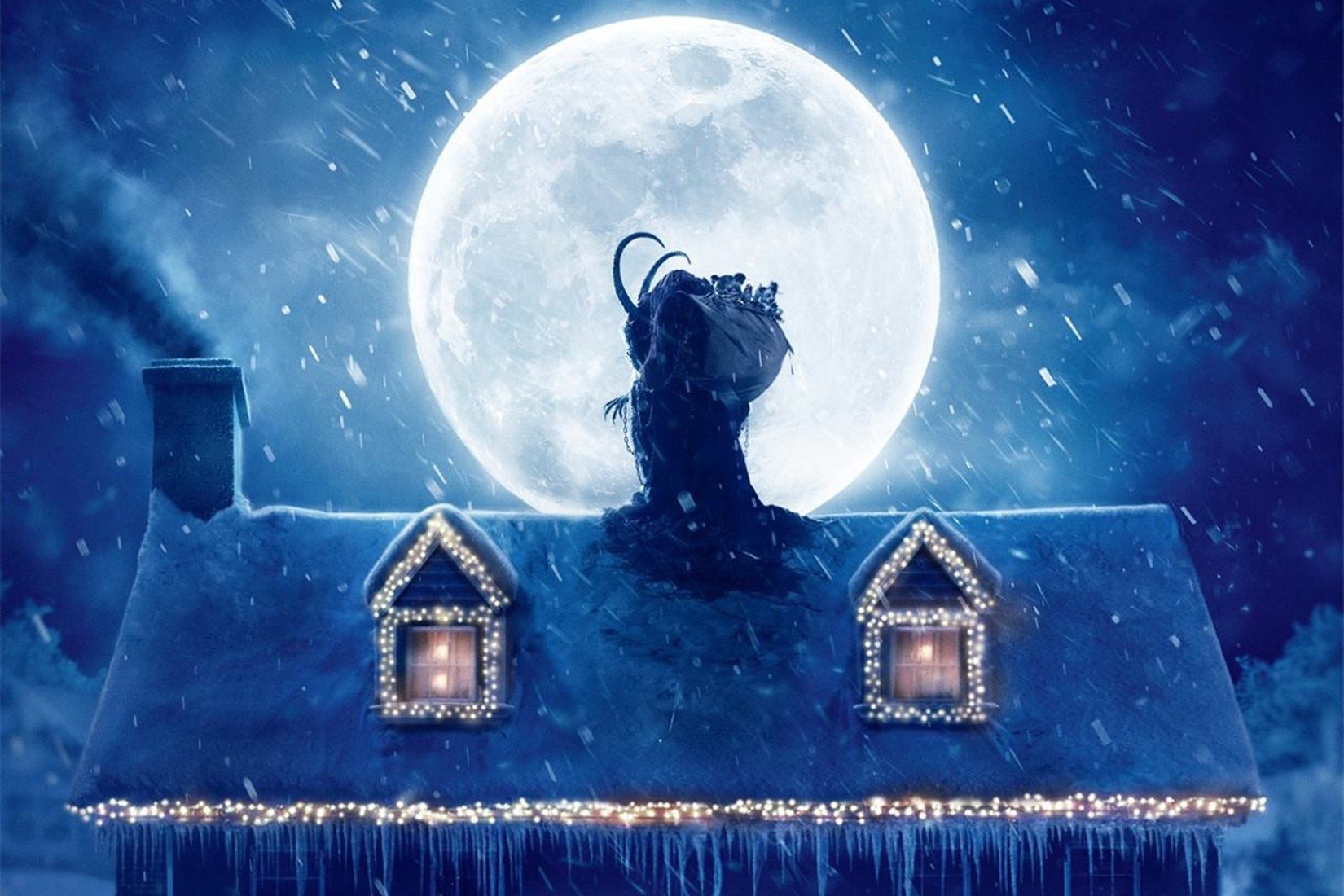 Hometown boy Michael Dougherty, whose 2007 directorial debut Trick ‘r Treat is a seasonal gem, returns to the land of holidays and horror with his second effort behind the camera, Krampus.

This Christmas tale – not unlike Joe Dante’s ’84 smash Gremlins – hopes to spin a weird and horrifying yet not entirely family unfriendly yarn suitable for seasonal viewing. Young Max (Emjay Anthony) secretly still believes in Santa, but Christmas just isn’t what it used to be. Sure, his German grandmother Omi shares his sentiment, but not the rest of the family – stressed out upper crust parents (Toni Collette and Adam Scott), boorish relatives (led by the ideal oaf, David Koechner), and a cranky great aunt, played by Conchata Ferrell.

When family dysfunction pushes him too far, Max tears up his letter to Santa, unwittingly inviting in his stead, the evil shadow-Santa, Krampus.

The film looks good, the performances are solid, but Dougherty has trouble finding and keeping a tone. Though Koechner does deliver a handful of decent lines, the film, on the whole, is not funny, nor is it particularly scary.

Perhaps hamstrung by a PG-13 rating (unlike the similarly themed 2010 Dutch film Saint), Krampus feels too restrained for horror lovers, too horrific for families.

The ancient demon and his anti-merry makers get too little screen time, and though a couple of them get a fantastic design, Krampus himself is never as visually articulated as he should be.

Dougherty has put together a very talented cast and crafted some interesting characters for them, the writing (duties he shared with Todd Casey and Zach Shields) feels lazy. Often the film pauses for what would be a one-liner zinger, and instead we get the talented Conchata Ferrell delivering a line no more interesting than, “I got this.”

Heavy with sentiment but light on redemption or terror, Krampus is one of those Christmas treats that doesn’t feel quite worth the caloric intake.