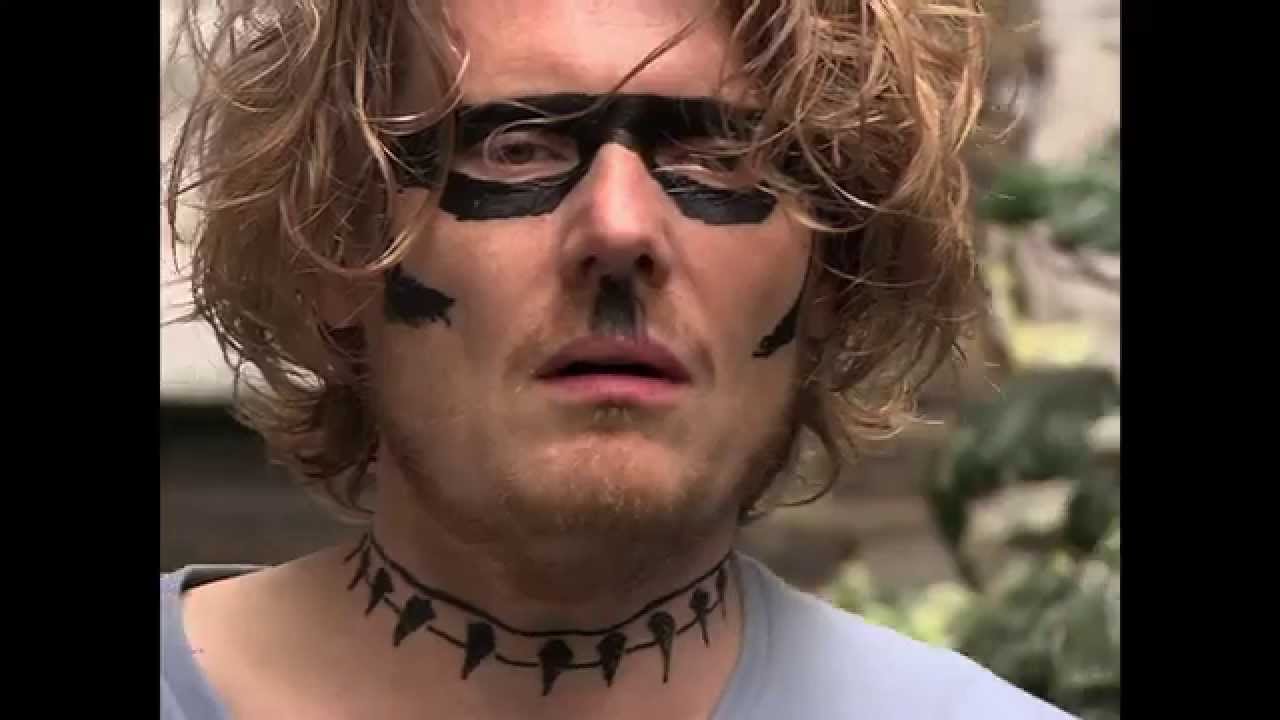 Aah, the precarious position of the alpha male. Oh should I say Aaaaaaaah!? Because that is the delightfully appropriate title of Steve Oram’s feature directorial debut.

An absurd horror comedy, the film offers no dialog at all, just grunts, as humans – devolved into ape mentality – go about their poop-throwing, territory marking, television smashing daily existence.

It’s the kind of overly clever premise you expect to wear thin, but honestly, it doesn’t. Much credit goes to a game cast (including Oram) that sells every minute of the ridiculousness, and to Oram again as director. He keeps the pace quick, his images a flurry of insanity you need to see more than once to fully appreciate.

Oram has more in store than a wickedly bloody send up, though. His film wisely deconstructs our own human preoccupations and foibles in a way that’s strangely touching, even sad at times.

The lack of dialog suits the experiment in the same way Steven Soderbergh’s meta-dialog suited his weirdly personal 1996 effort Schizopolis, or the way Miroslav Slaboshpitsky’s use of unsubtitled sign language fits his brilliant film The Tribe. While Aaaaaaaah! is far lighter and more madcap than either of these, it still asks you to use another means of understanding character actions, which allows you to see humanity on a more jarringly primal level.

It wouldn’t even be a horror movie were it not for all those severed penises.

Oram and his appealing cast keep you interested as seemingly divergent stories blend and reshape, and domestic hierarchies shift. Lucy Honigman is particularly compelling, but every actor has surprising success in articulating a dimensional character with nary a word to help.

A familiar face in British comedy, Oram stood out in Ben Wheatley’s 2012 horror comedy Sightseers. He’s playing against type here as the threatening male presence, but he’s equally hilarious. The talent has to rely primarily on sight gags, obviously, and Oram has a flair for presentation. His quick 79 minute running time helps, but there’s never a dull moment in this jungle.