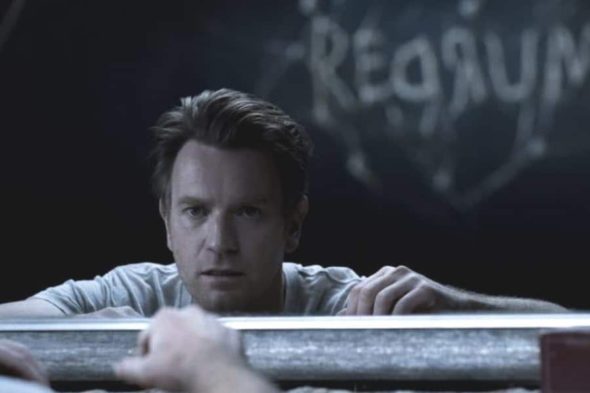 The Shining was always going to be a hard act to follow, even for Stephen King.

But as soon as King revisited the horror with Doctor Sleep, the bigger challenge instantly fell to whomever was tasked with bringing it to the screen.

That would be writer/director Mike Flanagan, who’s trying on two pairs of pretty big shoes. His vision will not only be judged next to one of the most iconic horror films of all time, but also by the source author who famously doesn’t like that film.

While Doctor Sleep does often feel as if Flanagan is trying to serve two (or more) masters, it ultimately finds enough common ground to become an effective, if only mildly frightening return trip.

After surviving the attempted redrum, adult Dan Torrence (Ewan McGregor) is struggling to stay clean and sober. He’s quietly earning his chips, and is even enjoying a long distance “shine” relationship with the teenaged Abra (Kyliegh Curran).

But Abra and her unusually advanced gifts have also attracted the attention of Rose the Hat (Rebecca Ferguson, sweetly menacing) and her cult of undead travelers. Similarly gifted, Rose and her band seek out young shiners, feeding on their powers to remain immortal.

Flanagan breaks the spooky spell to dive into terror in a truly unnerving sequence between Ferguson’s gang and a shiny little baseball player (Jacob Tremblay). Effectively gritty and hard to shake, it is the one moment the film fully embraces its horror lineage.

Reportedly, Flanagan had to convince King that it is Kubrick’s version of The Shining that reigns in popular culture (as it should), and that their new film should reflect that. Smart move, as is the choice to hit you early with lookalike actors in those famous roles from 1980.

Is it jarring seeing new faces as young Danny, Wendy, Dick Halloran and more? Yes it is, but as the film unfolds you see Flanagan had little choice but to go that route, and better to get comfy with it by the time Dan is back among the ghosts of the Overlook hotel.

King has made it clear he needed more emotional connection to his characters than Kubrick’s film provided. McGregor helps bridge that gap, finding a childlike quality beneath the ugly, protective layers that have kept Danny Torrence from dealing with a horrific past.

Flanagan (Oculus, Hush, Before I Wake, Gerald’s Game) stumbles most when he relies on awkward (and in some cases, needless) exposition to clarify and articulate answers. Kubrick was stingy in that regard, which was one of The Shining‘s great strengths. Questions are scary, answers seldom are.

Whatever the film’s setbacks and faults, it is good fun getting back to the Overlook and catching the many Shining callbacks (including a cameo from Danny Lloyd, the original Danny Torrence). Flanagan’s vision does suffer by comparison, but how could it not? Give him credit for ignoring that fact and diving in, leaving no question that he’s as eager to see what’s around each corner as we are.

Doctor Sleep can’t match the claustrophobic nature or the vision of cold, creeping dread Kubrick developed. This film often tries too hard to please—not a phrase you’d associate with the 1980 film. The result is a movie that never seems to truly find its own voice.

It’s no masterpiece, but check in and you’ll find a satisfying, generally spooky time.