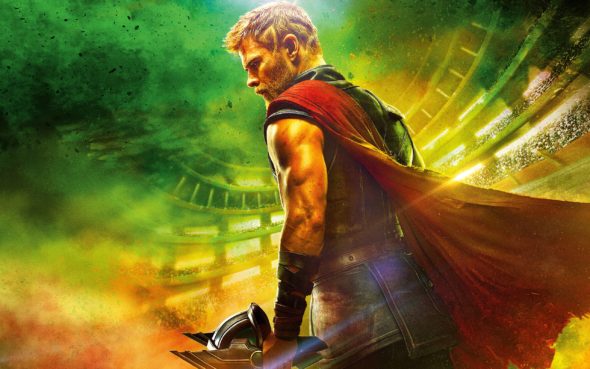 What if the next Avengers movie was a laugh riot? A full-blown comedy—would you be OK with that?

The answer to that question has serious implications for your appreciation of Taika Waititi’s Thor: Ragnarok.

You’re familiar with Thor, his brother, his buddies, his hair. But how well do you know Waititi? Because he’s made a handful of really great movies you should see, chief among them What We Do in the Shadows and Hunt for the Wilderpeople.

Waititi’s films are charming and funny in that particularly New Zealand way, which is to say equal parts droll and silly. So a total goofus has made our latest superhero movie, is what I’m trying to tell you, and you’ll need to really embrace that to appreciate this film, because Thor: Ragnarok makes the Guardians of the Galaxy franchise seem dour and stiff.

There’s a real Thor movie in here somewhere. Thor (Chris Hemsworth and his abs) learns of his older sister Hela (Cate Blanchett—hela good casting!). Sure, Thor’s the God of Thunder, but Hela’s the Goddess of Death, so her return is not so welcome. But daaayumn, Cate Blanchett makes a kick-ass Goth chick.

Indeed, the film is lousy with female badasses. Tessa Thompson (Dear White People, Creed) proves her status by taking all comers, Thor and Hulk among them.

But can you get behind the idea of Hulk and dialog? Because he has dialog in this movie. Like whole conversations. Dude, I don’t know about that.

Loki (Tom Hiddleston) returns, as does Idris Elba, so this is one bona fide handsome movie. Mark Ruffalo makes an appearance in a vintage Duran Duran tee shirt. It’s like Waititi thought to himself, how many of Hope’s crushes can we squeeze into one film?

One more! Jeff Goldblum (don’t judge me) joins as a charming and hysterical world leader. His banter with his second in command (Rachel House—so hilarious in Wilderpeople) is priceless.

Also very funny, Karl Urban (who brings a nice slap of comic timing to every bloated franchise he joins), Waititi himself (playing a creature made of rocks), and one outstanding cameo I won’t spoil.

Thor: Ragnarock lifts self-parody to goofy heights, and maybe that’s OK. There’s no question the film entertains. Does it add much to the canon? Well, let’s be honest, the Thor stand-alones are not the strongest in the Marvel universe.

You will laugh. You’ll want to hug this movie, it’s so adorable.

Unless you’re totally pissed about the whole thing, which is entirely possible.