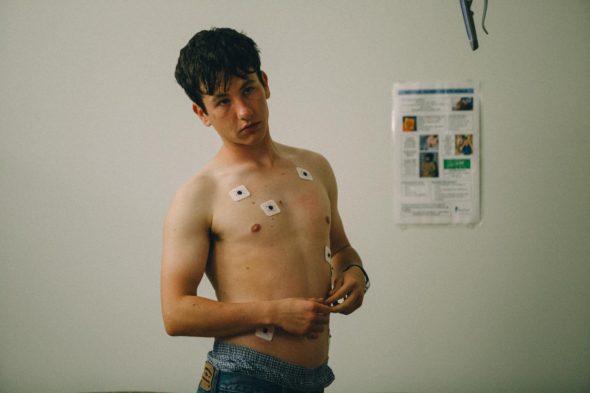 The Killing of a Sacred Deer

What if God exists and he’s an awkward adolescent boy?

That’s not exactly the point of Yorgos Lanthimos’s latest, The Killing of a Sacred Deer, but it’s maybe as close a description as I can muster.

Lanthimos’s work (The Lobster, Dogtooth) does tend to balk at simple summarization, none more so than Sacred Deer. The film offers a look inside the life of a successful surgeon (Colin Farrell), whose opthamologist wife Anna (Nicole Kidman) and their two children (Raffey Cassidy and Sunny Suljic) are, well, perfect.

It’s the kind of perfect you might find in a Stanley Kubrick film—cold, clean, sterile. In fact, from the framing to the violently intrusive score to the thematic suspicion of intimacy, Sacred Deer leans heavily Kubrick.

But Lanthimos brings with him a particular type of absurdity all his own. He hints at it with the memorable opening shot and deepens it with the now-characteristic stilted, oddly detached dialog.

But the filmmaker’s unique tone finds its perfect vehicle in Barry Keoghan (also wonderful this year in Dunkirk). Unsettlingly serene as Martin, the teenage son of a patient killed on the surgeon’s table, he controls the film and its events.

With Martin, Lanthimos is able to mine ideas of God, of the God complex, of the potentially ludicrous notion of cosmic justice.

All the while he sends up social norms, dissecting the concept of the nuclear family and wondering at the lengths we will go to avoid accountability.

Sacred Deer, though certainly absurd, lacks the comedic flourish of 2015’s The Lobster. This film’s comedy is ink black and subversive in a way that’s equally likely to break your heart as draw a chuckle. This is particularly true as Anna and her children begin bargaining for their lives in scenes that are astonishing in their insight.

Nicole Kidman is chilly perfection in a surprisingly unlikeable role. The uneasy chemistry she shares with Farrell helps the film balance its weirdness with moments of authenticity. She and Farrell shared the screen earlier this year in the also engrossing The Beguiled, a fact you may almost forget as they trade in the steamy tension of the first relationship for the frosty, antiseptic nature of this one.

As was true with The Lobster, Farrell comfortably shoulders lead responsibilities in Lanthimos’s weird world. His scenes with Keoghan, at first treated as if some kind of illicit affair, give the film its unsettling power.

Their karmic battle strangely told will be hard to forget.