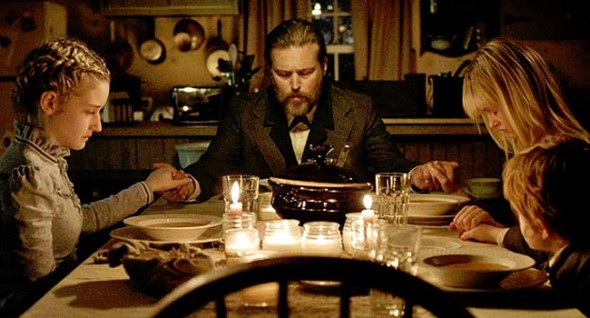 We Are What We Are

The little seen but magnificent 2010 Mexican import We Are What We Are offered perhaps the most biting social commentary set to film that year. The fact that this revelatory work happened to fit into the horror genre – and no doubt about that! – made the film that much more provocative and fascinating.

Writer/director Jim Mickel and his writing partner Nick Damici tackle an American remake, but wisely use the source material as more of an inspiration than an actual blueprint.

While the subtext, subtle authenticity and almost Shakespearean family drama of the original are missing, this version is comfortable in its setting, drawing from a very American style of horror.  Along with Parks, Kelly McGillis adds a nice turn in a supporting role, while Ambyr Childers and Julie Garner ably embody the horrifyingly put upon children of a deceased matriarch with a really tough job to do.

Needless flashback sequences seek to explain what’s better left unsaid, and many surprises will be obvious too soon, but the creepy atmosphere, solid performances and fine writing help to make this remake a worthwhile counterpart to the ingenious Mexican original.

← Growing Up Too Fast
More Adorably Smitten Brits →
Scroll Up