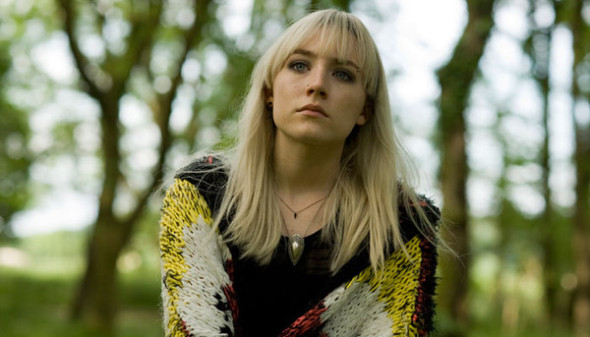 In her new film, gifted young actress Saoirse Ronan plays a teenager forced to fend for herself, fighting for survival in the wilderness.

Wait, is this a sequel to Hanna?

No, it’s How I Live Now, adapted from the young adult novel and sporting a storyline that actually follows eerily close to a recent foreign film not many here at home ever saw.

Ronan plays Daisy, an American brat sent to stay with her Aunt and cousins in the English countryside. Daisy’s mother has died, she “hates” her father, and in a very typical teenage fashion, is mad at the world.

It isn’t long before the world is mad right back.

War breaks out and martial law is declared, separating Daisy and her young cousin Piper from their family. The males and females are transported to different camps, though not before Daisy makes a promise to reunite.

In an opportune moment, Daisy and Piper break away, taking off on foot for a long and dangerous trek back home.

Two years ago, Lore covered very similar terrain, though in a World War II setting and with a much heavier historical context.

How I Live Now is more cavalier with the teen girl’s awakening to the ways of the adult world (yes, sexual included). Though Ronan is characteristically captivating, Daisy’s journey, both physical and spiritual, seems rushed and not quite sure-footed.

Director Kevin Macdonald (The Last King of Scotland/State of Play) attempts to channel the popular book by getting inside Daisy’s head, voices and all. That, plus the arresting landscape shots, handheld camera angles, and Ronan’s performance, is enough to keep your attention.

Ultimately, though, How I Live Now feels like a like a well-executed shot that falls a bit short of the mark.