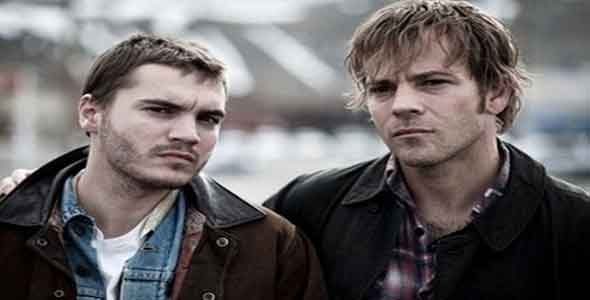 Emile Hirsch is a talented actor most effective when playing against that cherubic mug. As drifters, outsiders and struggling lowlifes (Into the Wild, Killer Joe, Prince Avalanche), he animates the hope inside the hopeless like few others. His open tenderness is half the reason The Motel Life is such a stingingly lovely portrait of American poverty.

Hirsch plays Frank, storyteller and brother’s keeper. That brother, forever getting the two into serious trouble, is played with heartbreaking frailty by Stephen Dorff – the second half of the film’s one-two punch.

Dorff’s Jerry Lee has gotten the rawer end of a pretty raw deal. His brother and his own ability with a pencil and drawing pad are all he has to show for his time on this planet. Missing part of his leg and drawn to trouble, Jerry Lee has given Frank a lifetime of clean-up work.

The film is at its most entertaining during story time. To keep his brother’s mind at east, Frank spins outlandish yarns where Jerry Lee can be a hero with two good legs and a voluptuous babe on his arm. Directors Alan and Gabe Polsky set these to great illustrations that bespeak the brothers’ arrested adolescence.

Based on Willy Vlautin’s acclaimed novel, the film offers an off-kilter, smoky image of hope, and the choices that kick triumph – sometimes even survival – in the teeth.

Who offers such advice? Kris Kristofferson – duh. Oh, one more thing he says. “And don’t be a pussy.”

The pace the Polskys set is deliberate, sometimes frustratingly so, and Hirsch is far too pretty to have led this life. (It doesn’t help that the brother who appears to be maybe 2 years his senior in flashbacks is played as an adult by an actor 12 years older than Hirsch.) But there’s an offhanded authenticity to the story of underdogs who might break free in one beautiful instant, only to fall back to what holds them in chains, whether it’s gambling, strippers, or a brother with a head full of bad wiring.

One thought on “Don’t Expect Mints on the Pillow”