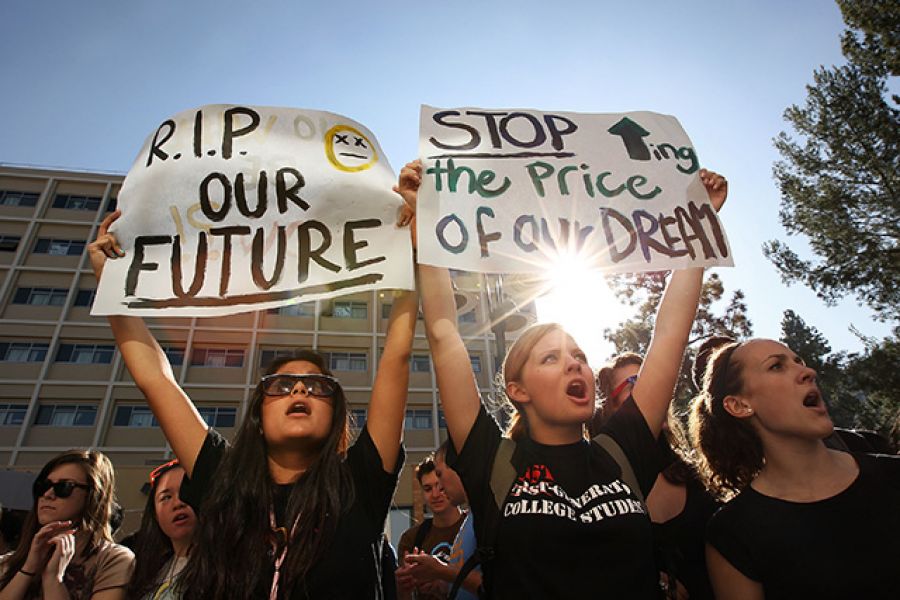 Enough about your school’s football team.

Do you have a climbing wall? Swimming pool for the luxury dorm?

If not, then your school is just not keeping up with the competitive college atmosphere illustrated in Ivory Tower, an effective documentary on the skyrocketing cost of higher education.

Utilizing interviews, archival footage and statistical graphics, writer/director Andrew Rossi does a masterful job illustrating how alarming the situation has become, and why.

He hits you early with some sobering numbers. Since 1978, college tuition has increased more than any other good or service in the United States, leading to a total amount of student loan debt that has now topped one trillion dollars. Yes, with a “t”.

Rossi then makes a strong and seemingly fair-minded case that the entire system is nearing a point of collapse, driven by the schools’ relentless “pursuit of prestige” and the Reagan-era reclassification of students as consumers.

To illustrate both points, we get a close look at New York City’s Cooper Union, founded in the 1850s on the promise that education should always be free. When a new President proposes reneging on that promise and the students revolt, there is an unexpected rise in the dramatic heft of the film.

As he did so effectively in Page One:  Inside the New York Times, Rossi lets us feel part of a movement, and the result is an engrossing documentary-within-a-documentary.

Final sequences on the student loan industry and online education are informative, but seem a bit anti-climactic, merely adding to the list of problems without any proposed solutions.

The underlying premise of Ivory Tower is the debate over whether or not a college education is still worth the cost. Though the film cops out a bit on the final answer, it serves as a vital prerequisite to fully understanding the question.