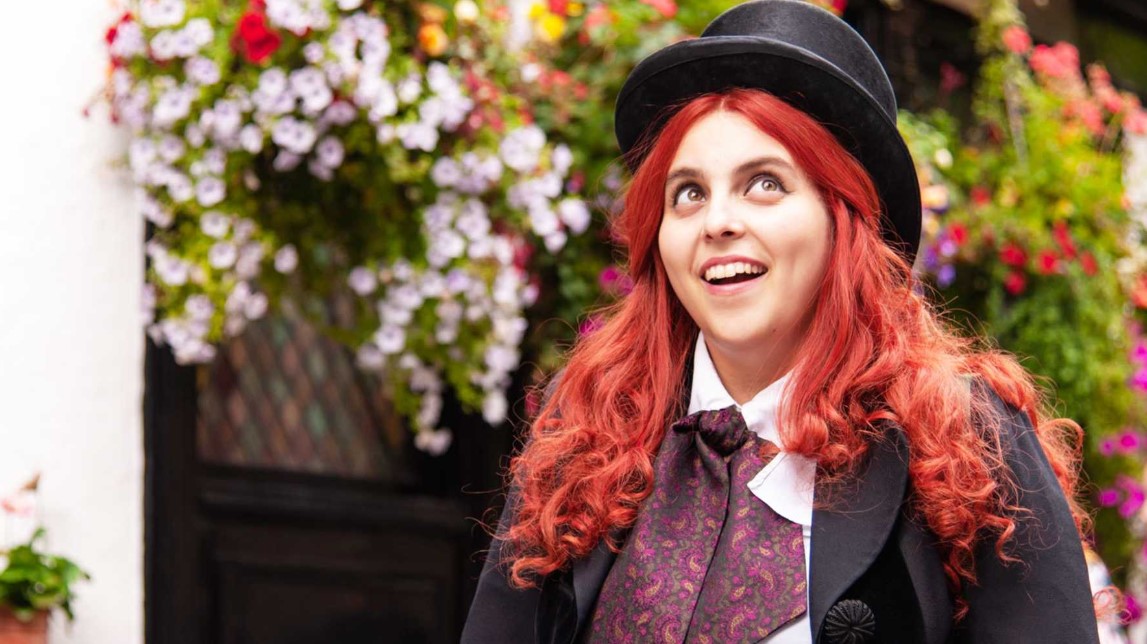 How to Build a Girl

There may be nothing braver than an open heart. That kind of bravery accompanies a lack of cynicism that makes others hide their eyes. It is also what drives Coky Giedroyc’s big screen depiction of Caitlin Moran’s memoir (adapted by Moran herself), How to Build a Girl.

Though events have been condensed and details changed (including the main character’s name), Moran’s inimitable upbeat and insightful voice remains, finding its ideal avatar in Booksmart’s Beanie Feldstein.

Feldstein is Johanna, unrepentantly resilient odd duck. Friendless, in love with life, desperate for an adventure, Johanna is the fearless hero in this quest. Feldstein, aside from a few struggles with the accent, commands your attention and very best wishes. You root out loud for her.

After a local TV spot as student poet turns mortifying, Johanna’s brother (one of four) suggests she audition for a London magazine’s “gunslinger” opening as music critic. She unironically writes up a piece on the soundtrack to Broadway’s “Annie”—which nabs her an interview, but only as a joke. Undeterred, she overwhelms the smarmy hipsters into an assignment.

There are moments where How to Build a Girl transcends its coming-of-age trappings. Those are the moments when it directly quotes the book, giving us a peek inside the skill as a writer that will carry Johanna through it all.

The film bears a resemblance to Lady Bird, in which Feldstein portrayed shy bestie to Saoirse Ronan’s adolescent work-in-progress. Like Lady Bird, Johanna craves life outside her hometown. The two heroines also share a lovely knack for forgiveness (of self and others) as well as a strength for self-definition.

Feldstein’s work thus far (Neighbors 2, Lady Bird and, most notably, Booksmart) has announced her as the go-to for funny, brainy, less-than-popular teens—which is not to call her a one-trick pony. Part of her draw is her ability to carve out individuals, to recognize and unveil the human heart inside each girl. Her charisma is almost blinding in this film.

That’ll help you miss some of the weaker elements. Minor characters are allowed little opportunity to develop and the story feels boiled down to the most obvious plot points. There is nothing superficial about Johanna, but the film itself fails to dive far enough beneath the surface to do her justice.

Moran’s audacious humor sometimes feels muted, and that is an outright shame. Nonetheless, Feldstein’s a 1000 watt bulb who makes even the most ordinary scene glow happily. There is also something fearless in a film that decides it is up to every girl to build and rebuild herself in her own image.