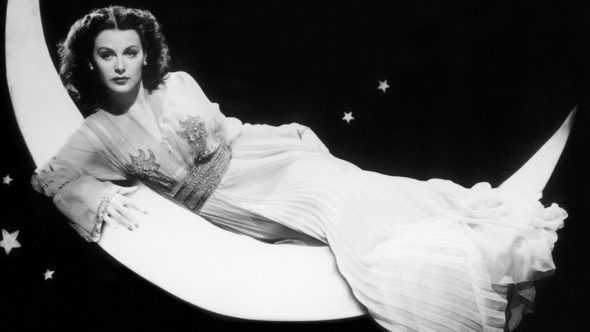 You won’t find many violins playing for the sad, lonely lives of good-looking people, but Bombshell makes a compelling case that a brilliant mind was long dismissed simply for belonging to a beautiful woman.

The woman was Hedwig Kiesler, an Austrian-born “enfant terrible” who found fame as Hedy Lamarr in the old Hollywood studio system while lamenting her label as nothing more than a glamour girl.

Over the last several years, Lamarr has finally gotten due credit for her ingenious idea of “frequency hopping,” the radio communication technology which laid the foundation for everything from remote controlled torpedoes in WWII to today’s wi-fi and GPS systems. That was far from all that was going on in Lamarr’s “pretty little head.”

The debut feature from writer/director Alexandra Dean, Bombshell lets Lamarr tell much of her story herself, thanks to a long-lost interview from 1990 that was discovered just last year. We hear of her talent for inventions, which began with re-assembling an old music box at the age of five, and plenty of highs and lows in a truly fascinating life.

A privileged childhood in Vienna is followed by family scandal over her landmark nudity in 1933’s Ecstasy, stardom, entertaining Mussolini, inventing a “Coca Cola cube” for soldiers, selling millions in war bonds, becoming one of Hollywood’s first female producers, building one of Aspen’s first ski resorts and finally, inspiring her plastic surgeons with ideas on better techniques.

Some classic archival footage and interviews with family and friends paint Lamarr as a woman with “so many sides and faces” who felt trapped by her beauty ’til the end, becoming a recluse when it left her.

Bombshell is an effortlessly compelling portrait, a bittersweet ode to a maverick who searched in vain for a way to unite her two worlds, and a time when she might get to be both “smart and Hedy Lamarr.”