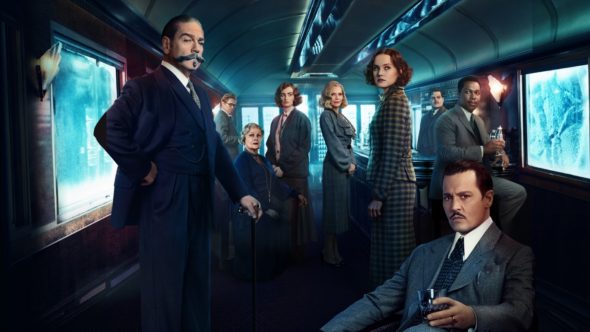 Murder on the Orient Express

The thespian and Shakespearean master often feels ill-suited to film, as if he cannot help but play to the back row. Whether Branagh is in front of or behind the camera, subtlety and subtext don’t appear to come easily.

How about Agatha Christie? Branagh gambles that a 20th-century crime novelist whose prose created the architecture for a genre of books, movies, stage and television will still thrill modern audience.

A stacked ensemble for Murder on the Orient Express makes the same wager.

Branagh the director is so preoccupied with Branagh the actor that his talent-laden cast is offered little more to do than to quickly hash out one-dimension. The waste of talent is the real crime afoot.

Josh Gad appears in his second period-piece of the season (after last month’s Marshall), here playing a shady, drunken lawyer-turned-secretary who just might have killed a man.

Leslie Odom Jr. (Broadway’s Hamilton) plays a problem-solving doctor and former sharpshooter who just might have killed a man.

Penelope Cruz is a missionary nurse who won’t touch a drink, but she just might have…

You get the point. It’s an Agatha Christie story. At its best, campy, stagey fun. At its worst, stale.

The movie is a bit of both.

In keeping with Branagh’s love of spectacle, Murder on the Orient Express is a gorgeous, larger-than-life adventure. He shot on 65mm, and whether 20th Century Fox decides to release a 70mm print or not, the result is a glorious display, particularly in Act 1.

By the second act, we’re trapped in the train with a murderer. At that point, Branagh’s film starts to smell musty, and no quirky fun performances (Pfeiffer is particularly memorable) or delicately framed dining car treats can freshen things up.

When not doting on his star, Branagh’s camera showcases dazzling locations before luxuriating in the sumptuous appointments of the elegant train cars. It’s big. Very big. Grandiose, you might even say.

Which makes no sense at all for Christie’s close-quarters sleuthing of clues, faces, motives and sleight of hand.

Subscribe in a reader
← Take Your Inner Psycho to Work Day
Fright Club: Best Horror Movies of 2017 →
Scroll Up