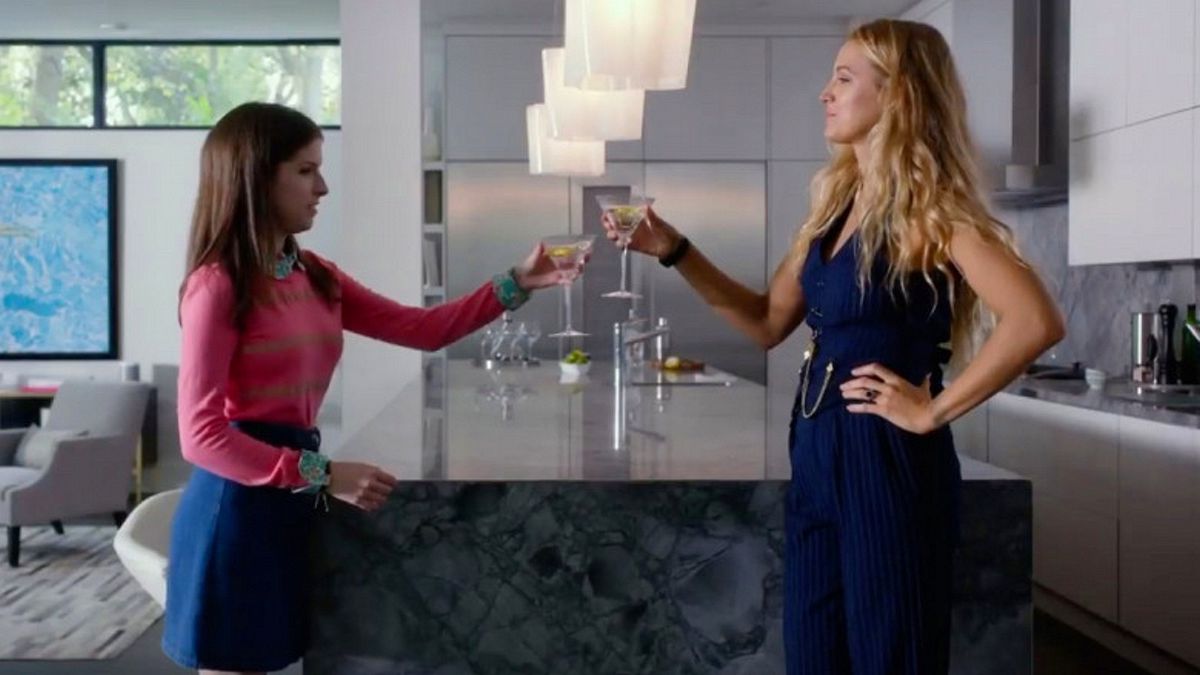 Stephanie is a suburban single mom who keeps an “oopsie” jar for swearing and volunteers for everything at her son’s elementary school.

Emily is passionately married, drops frequent f-bombs and has a painting of her vajayjay hanging in the living room.

But a play date for their sons leads to an unlikely friendship in A Simple Favor, a crazy fun mystery with plenty of surprises up its sassy sleeveless number.

The first may be seeing the director is Paul Feig, who made his name with blockbuster comedies such as Bridesmaids and Spy.

You’ll guess some of what comes next, but there’s plenty you won’t, unless you read Darcey Bell’s source novel. Screenwriter Jessica Sharzer (Nerve) shapes it for the big screen as a Gone Girl for the gaslight age, where ridiculousness is a default setting, all information is equally true/false and irony is a security blanket never far out of reach.

There are plenty of black comedic laughs to be found here, as well as clever plot twists and knowing nods to the expectations that come with roles of “wife,” “mother,” “career woman” and “friend.”

The running time starts to feel bloated by the third act, and the film flirts with joining the mundane fray it had been so giddily rising above. But it rallies for the win with a satisfying finale of comeuppance and LOL updates on how some characters have moved on.

A Simple Favor is not what the trailer makes you think it is – which turns out to be the perfect setup for a film with plenty of head fakes that lead to a mischievous good time.