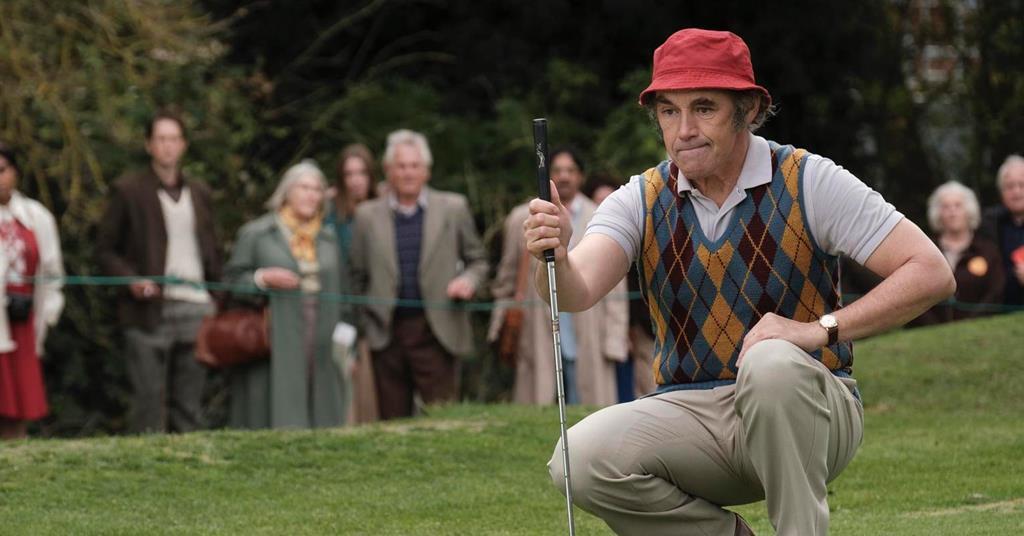 The Phantom of the Open

Olympic ski jumping found its unlikely warrior in Eddie the Eagle. Championship golf has a similar everyman hero in Maurice Flitcroft, and while Maurice still needs a catchy nickname, his tale finally gets the big screen treatment with The Phantom of the Open.

Maurice actually made his name years before Eddie, when he qualified for the British Open back in 1976.

Up until that time, Maurice was a crane operator at a British shipyard who had never played even one full round of golf.

Well, not exactly, as Maurice shoots the worst round in Open history and quickly runs afoul of the course director (Rhys Ifans).

But a legend is born, and right from the film’s storybook-styled opening, director Craig Roberts (Eternal Beauty) and writer Simon Farnaby (Paddington 2) adapt Scott Murray’s book on Maurice’s often hilarious exploits with a whimsical, endlessly optimistic treatment. It fits like a pair of plaid pants at the 19th hole.

And what perfect casting. Oscar-winner Mark Rylance effortlessly brings Maurice to lovable life as a gentle, indefatigable dreamer. He’s also a soft-spoken family man, devoted to his wife (an equally perfect Sally Hawkins), the older stepson who’s embarrassed by him (Jake Davies) and his twin sons obsessed with disco (Christian and Jonah Lees).

His wife supports him, so why shouldn’t Maurice take a stab at the Open? Why can’t his friend at the shipyard open that pub he’s always wanted? And who says his boys can’t be disco dance champions? The world is your oyster, go find that pearl!

The film may not always share Maurice’s grand ambitions, but it has plenty of good humor and nearly overflows with crowd-pleasing charm. An unassuming ode to staying committed to what – and who – you love, The Phantom of the Open plays to the gallery with an awkward, sweater-vested panache that makes one history-making slouch seem pretty tremendous.