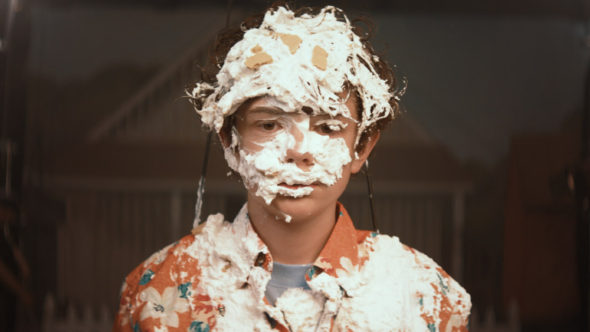 “The only thing my father gave me that was of any value was pain, and you want to take that away?”

In other hands, that line could be the beginning and end of a movie, a maudlin attempt to summarize a life of abuse.

In other hands, Honey Boy could have gone really, really wrong.

Ostensibly the strung together memories of a damaged movie star committed to rehab, the script tells of the insidious relationship between child star Otis (Noah Jupe as the semi-autobiographical avatar for Shia LaBeouf) and his ne’er do well father (LaBeouf, basically playing his own father).

Are we watching LaBeouf work through his own issues with this remarkable act of empathy, or is this, too, just an act? Or is Honey Boy itself a blurring of the line between sincerity and performance? To director Alma Har’el’s credit, Honey Boy does not shy away from that question. In fact, at every turn it embraces it. Just don’t expect an answer.

Har’el weaves between past and present. Modern day (2005) Otis (Lucas Hedges) stomps, blusters and bullies his way through court-appointed confinement where certain triggers send the film back to 1995. There, mainly in a dodgy motel with prostitutes for neighbors, young Otis and his dad struggle.

Hedges and Jupe make for eerily strong choices to play the two younger versions of LaBeouf, each an actor of such remarkable range and talent that super stardom seems inevitable. Hedges’s turn brims with contempt and vulnerability, while Jupe seems to recognize the limits of his own character’s understanding. His performance is heartbreaking.

The showier work comes from LaBeouf, who delivers a truly compassionate if not entirely forgiving performance. Your dad can be a hard guy to understand. If this entire film is simply LaBeouf’s attempt to do that, we’re lucky we get to participate.

LaBeouf’s work as a child actor—his turn as Stanley Yelnats in the utterly charming Holes, for instance—solidified his standing as a talent. His mainly mediocre choices and flat performances in his young adulthood made his off-screen antics more worthy of comment. And though his personal life may not have steadied much (his last arrest was just two years ago), his 2019 cinematic output (including the endlessly delightful The Peanut Butter Falcon) is easily the most impressive of his career.

The feat here is not just the performance, but the script.

In other hands, Honey Boy is another look at the ugly familial dysfunction that both propels and destroys young actors. Instead, through mundane details, we’re offered an unsettling and candid character study and a finely written family tragedy.