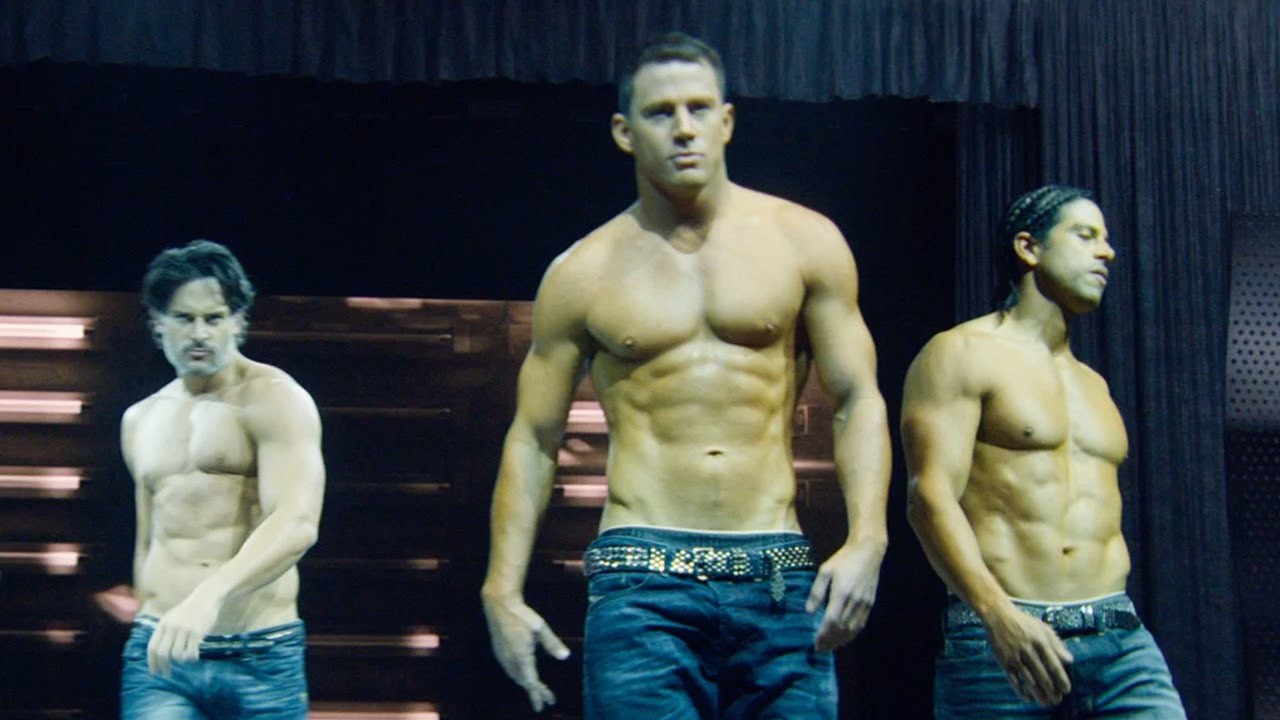 Rarely is a sequel superior to the original film – Bride of Frankenstein, The Empire Strikes Back, maybe The Godfather, Part 2. That’s heady company for Magic Mike XXL – in fact, the movie should never really be mentioned in the same sentence as those particular films – but let’s give it its due. It is a better movie than the original.

It’s been three years since Mike (Channing Tatum) left male entertainment behind him for the settled life. But he’s bored, basically, and he misses it, so he joins the old Tampa Kings for one last trip to the national stripper convention in Myrtle Beach.

There is a huge, gaping hole in this film shaped like Matthew McConaughey, who was the only reason to watch the original. McConaughey was Dallas, the leader and emcee for the Tampa Kings, and the performance was positively unhinged. This was just at the beginning of what anthropologists will call the McConaissance – that period of unbelievable performances that led to his first Oscar. He does not return for the sequel, and his inspired lunacy is dearly missed.

On the other hand, both Alex Pettyfer and Cody Horn are blessedly missing. I’m sure they’re nice people, but Lord they cannot act.

Another positive change, weirdly enough, is a switch in director. Steven Soderbergh directed the original to be a gritty expose on the dangerous world of Florida stripper life, while the film owes its irrational success to one thing: beefcake.

Director Gregory Jacobs embraces this. Welcome aboard a road trip of muscle and thong, spray tans and gyration as Tatum and his buds hope to pull off one last, big dance. They want to go out in a tsunami of dollar bills and they hope you brought your singles.

Tatum is effortlessly charming, as always, but his posse gets more of an opportunity to show off personality as well as pecs this time around. Joe Manganiello, in particular, gets more screen time in a film that’s far more bromance than romantic comedy.

There are also cameos aplenty, some glitter, some baby oil, and at least as much screaming inside the theater as on the screen. Ladies, calm down.

Magic Mike XXL is not a great movie by any stretch, but it knows what it is and it runs with it. Well, dances with it. And that’s fine.