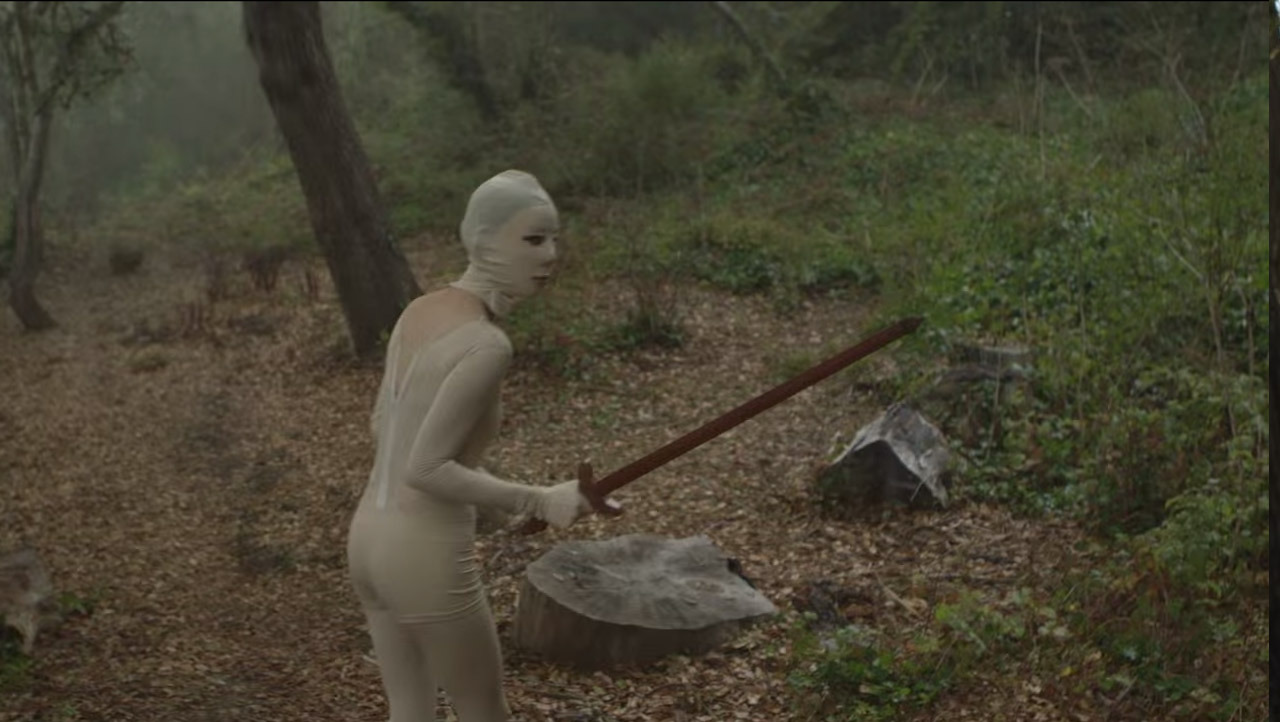 Few among us have even heard of the film Felt, and those who have are misled. Packaged as a feminist superhero movie about rape culture, this film has less in common with rape/revenge fantasies like I Spit on Your Grave and American Mary and more in common with mumblecore.

This is a peculiar, intimate, meandering meditation on a single person’s struggle with trauma. The fact that Amy (co-writer Amy Everson) works through her problems by creating hyper-masculine costumes that she wears in the woods, accompanied only by her anger and her wooden sword, is really what sets Felt apart from other art films.

Recovering from an unspecified but clearly sexual trauma, Amy slowly deserts the socially accepted course of healing – those steps her friends keep urging her to take – instead filling her room with art that’s equally childish and grotesque, most of it phallic.

But it’s the costumes that seem to help Amy regain some measure of personal power, and the film’s strongest scenes are those in which she explores this empowerment. Whether she and her penis suit are scaling trees, or she wears her exaggerated vagina and breast outfit to upend a sexy photo session, the behavior is unpredictable, fascinating, and sometimes weirdly funny.

The scene with the photographer and new friend Roxanne (Roxanne Lauren Knouse) is a scream, and something truly unlike anything else in film. Roxanne immediately embraces what it is Amy is trying to do, which is why she’s disappointed when Amy does what her other friends see as healthy – gets a new boyfriend.

Kenny (Kentucker Audley) represents a gentle, patient soul willing to wait for Amy, but with trust comes vulnerability. There’s a circuitous nature to the sparse narrative. Traditional relationships find an echo later in the film, the second time with Amy in a position of power, but she is ill prepared to handle the shift.

The film boasts very little dialog, and as a curious onscreen presence, Everson is a master. At times, though, the lines delivered feel too obvious for the film itself, and in the end Everson and Banker fall back on behavior too predictable for the fractured fairy tale they’ve crafted. They do leave you unsettled, though. There’s no big hurrah, no sense of accomplishment, just more of the same maddening nightmare.