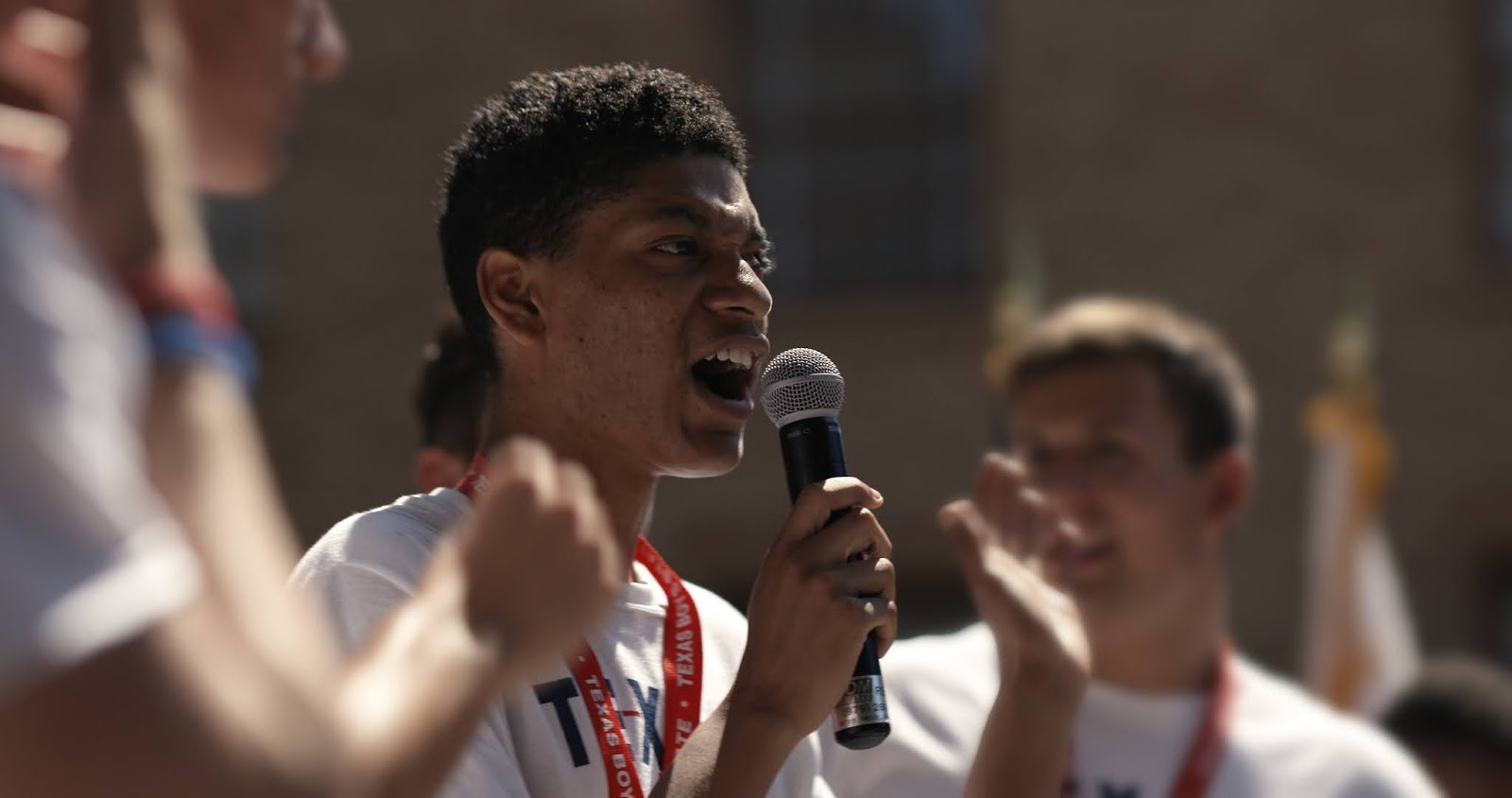 Imagine what you get when you bring over a thousand 17 year-old boys together to play politics.

You get Boys State, an annual exercise into the “civil discourse” of state government. An American Legion program since 1935, Boys State (and its corresponding project for girls through the Legion Auxiliary) gives selected high school juniors the chance to build a representative government from the ground up.

From legislative sessions and deal-making to party platforms, elections and even a talent show, the kids are immersed in it all. In the Sundance Grand Jury prize-winning Boys State, directors Amanda McBaine and Jesse Moss immerse us in it, too.

The result is an endlessly fascinating and thoroughly entertaining mixture of shock and awe.

Employing a predominantly verite approach, McBaine and Moss settle on four main boys to follow throughout the weeklong experience. We see glimpses of those who just came to play (“ban pineapple pizza!”), but our quartet means business. While Ben and Rene are elected opposing party chairmen, Robert and Steven are both after the big prize: Governor of Boys State Texas.

The boys’ different backgrounds (Rene: “I’ve never seen so many white people!”) create truly compelling characters who provide just one of narrative contrasts that draw you in, slowly deepening your investment until you’re hanging on every motion and debate.

As the party members draw their platforms with an eye toward victory… check that…I mean DOMINANCE in the general election, it’s equal parts horrific and inspirational.

Boys openly betray their principles for populism, jockey to acquire more power and gleefully pounce when they smell a negative campaign that might stick. They quickly learn the well-worn lessons of a fickle and often hurtful enterprise, either adapting or falling away.

The rampant testosterone can’t go unnoticed. Neither can multiple examples of how badly more women are needed in all levels of government.

And when all is said and done, one of our principles has to admit another is “a fantastic politician.”

Is that a compliment?

That may be a complex question, but only a few of these boys will watch this film again in 20 years and feel damn proud of who they were at 17.

Or maybe they all will. Boys State fuels both the cynicism and the hope required to make either road seem possible.