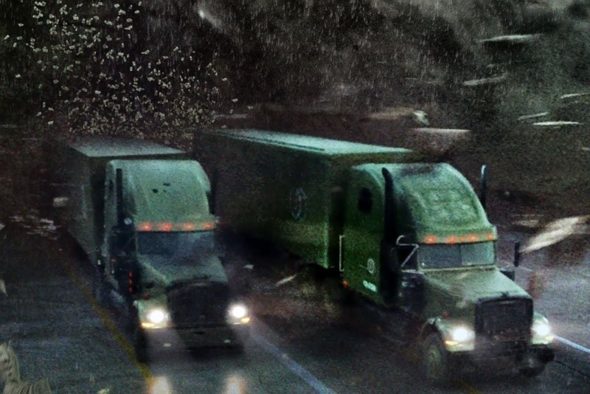 If your local TV weatherperson has a bit more swagger this week, there’s a good chance they’ve seen The Hurricane Heist and it’s heroic, badass meteorologist.

A thieving crew led by the scowling Perkins (Ralph Ineson from The VVitch) launches the latest big screen attempt to rob the treasury, but can you guess what makes this heist a little different?

What follows is big, dumb, and more fun than it oughta be.

The writing team gives us easily identifiable characters that lean on cliche without being defined by them. Casey and Will are both damaged souls, natch, and heroic teamwork just might be their ticket to redemption. Perkins and his team of evil doers, clearly inspired by Hans Gruber’s iconic thieves in Die Hard, chew plenty of scenery while making it easy to cheer their eventual comeuppance.

The Hurricane Heist won’t tax you your brain, but it doesn’t want to. It just wants you to have fun.

You will, “weather” you expect to or not.

← The Screening Room: Follow the Light
The Trouble With Harry →
Scroll Up