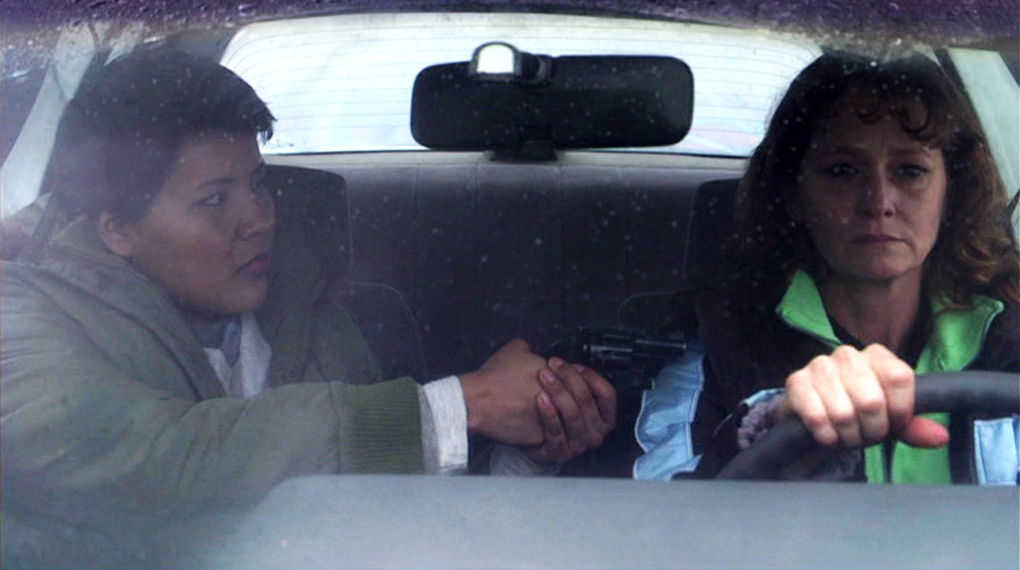 It’s hard to decide what is most surprising about Frozen River: its ability to uncover glints of redemption in the bleakest circumstances; the powerful honesty in its story and its performances; or the fact that this masterful, confident output is writer/director Courtney Hunt’s first feature film. Or maybe the true surprise is that a film this powerful, absorbing, and intimate is still being made at all.

An iced-over section of the St. Lawrence River running between the US – Canadian border in Upstate New York creates a solid, if only seasonal, link between two pieces of a Mohawk reservation, allowing a window of opportunity for a small band of smugglers moving Chinese and Pakistani immigrants from Canada into America. One trailer park mom, facing a new level of destitution just before Christmas, falls almost unwittingly into the organization, and soon she is taking remarkable risks in an effort to claw her way out of a financial hole.

Frozen River works in many ways, from the unmuddied honesty in the portrayal of American poverty to the flawless performances of its leads to the simplicity of its narrative. Melissa Leo, whose beautiful work in both 21 Grams and The Three Burials of Melquiades Estrada predicted this ability, turns in the most authentic performance I’ve seen in any film this year.

Leo’s Ray is a loving mom, and her every gesture tells the story of a life hard-lived, of disappointment atop disappointment. Her grizzled determination is balanced by co-star Misty Upham’s equally honest portrait of a much younger woman facing no fewer shattering realities.

Upham’s Lila, the young Mohawk smuggler, inadvertently pulls Ray into the fold for no other reason than the trunk space in her Dodge Spirit. Her soft, round features counter Leo’s lean, fighter’s build, but the same world-wearied look haunts both women.

Their story is sometimes terrifying, but more than anything it is breathlessly honest. This is not a romantic presentation of a woman making poor decisions. You will wonder whether, under the same circumstances, you would do anything differently. This is a picture of poverty that shuns melodrama and manipulation, and is all the more bracing for it.

The weather itself may behave too conveniently, providing exactly the ice storms and thaws necessary to create crises and push the narrative forward. While this weakness is a bit exasperating, it only stands out because the film is so truthful otherwise.

You must simply overlook it, because to allow so slight a flaw to distract you from one of the most impressive American independent films of the last decade would be unconscionable.

Originally published in The Other Paper, September, 2008

One thought on “Review: Frozen River”