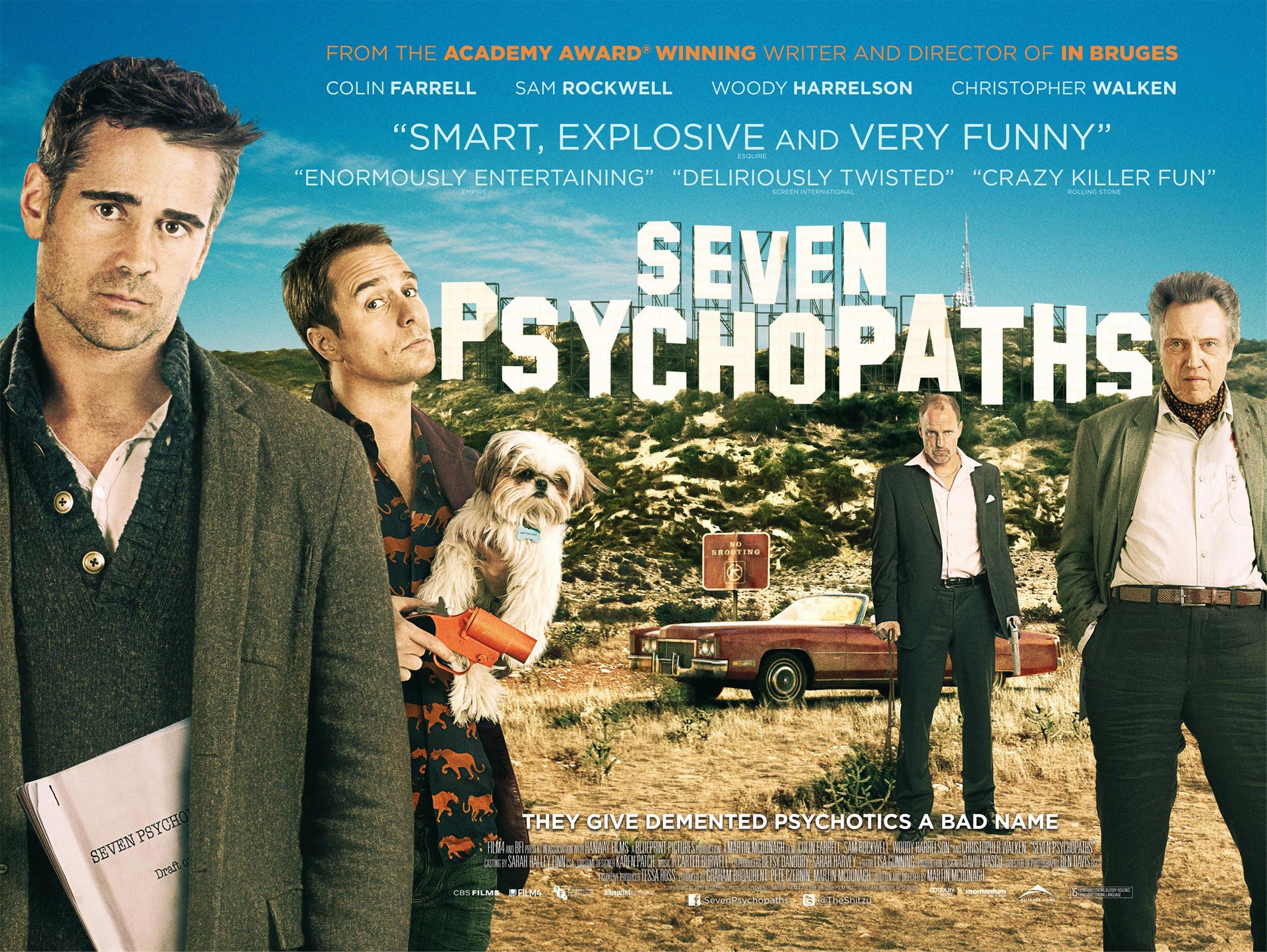 Without giving up too much of the film Seven Psychopaths, available on DVD this week, let’s tick off the first few of those psychos: Sam Rockwell, Woody Harrelson, Christopher Walken, Tom Waits.

The genius combination of title and cast aside, writer/director Martin McDonagh crafts a wild, unpredictable and brutally hilarious adventure. Colin Farrell’s Marty struggles to complete his new script. His weird but earnest buddy Billy (an absolutely glorious Sam Rockwell) wants to help. Whether or not this turns out to be a good idea is a bit of a toss-up, but Billy sure brings his shootin’ boots.

McDonagh’s greatest gift is the way he allows a spectacular Rockwell and the rest of these peculiar actors room to work. His film offers dark humor, fascinating unpredictability, and twisted fun. Plus Walken gets to say, “I would have made a great Pope.”

Of course, Rockwell has been great in underseen films for many years, including Confessions of a Dangerous Mind, Snow Angels, and Choke. If you’re digging into the stacks for a Seven Psychopaths double bill, though, of particular interest may be 2009’s Moon, and it is almost a one-man Rockwell show.

The debut feature from director Duncan Jones (David Bowie’s son), Moon is the story of Sam Bell, the sole employee on a lunar energy base. There is no shortage of energy on future Earth, thanks to the harvesting of an abundant fuel source found on the moon. Sam, totally alone except for supercomputer GERTY, is nearing the end of his three-year contract overseeing the harvest, and is eager to get back to his wife and family. With two weeks to go, Sam is rendered unconscious in an accident, and things begin to unravel.

Even if you already know the story’s twist, Moon is worth checking out not only for Rockwell’s fantastic turn, but also for the skillful way Jones gives a nod to his influences (2001, etc.) yet is still able to carve out a unique sci-fi voice.