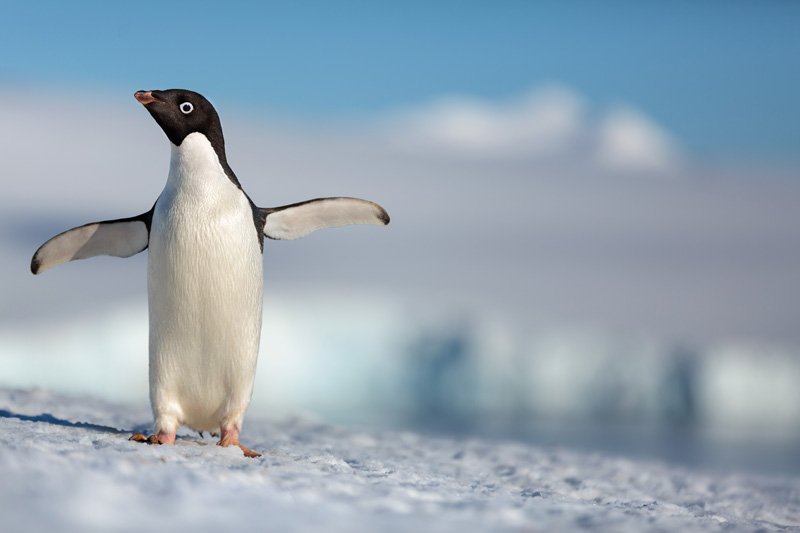 Temperatures have finally started warming up.

So why would we take a trip to the coldest, windiest place on Earth, where there ain’t no sunshine for half the year?

Because Antarctica is where the Penguins are, and they’re the focus of Disneynature’s latest Earth Day doc for the family!

You might know the drill by now. Expect incredible nature footage, an approach geared more toward accessibility than science, with some easygoing humor and gentle reminders about the harshness of predators and prey.

On his long trek to the hookup point Steve passes through a tribe of his Emperor cousins, which reminds us that 1) this is like March of the Penguins, except different, and 2) Steve is a bit of a laggie.

But he catches up to the rest of the migrators, and after impressing a young coldie known as Adelene, Steve finds a mate and a new family. Together, Steve and Adelene must keep their chicks safe until they’re able to fend for themselves in the open sea.

The writing for this installment is less forced, with many of Helms’s asides for Steve (“She smells great! I gotta start working out…”) drawing chuckles without the added weight of manipulation that has hampered previous Earth Day episodes.

Directors Alastair Fothergill and Jeff Wilson (both Disneynature vets) hit all the right benchmarks in their 76 minutes: a penguin adventure that will delight the kids told through often breathtaking footage plus, for the adults, nostalgic odes to parenting and classic hits (Whitesnake! REO!).

And, per usual, stay through the credits for some nifty peeks behind the icy curtain.