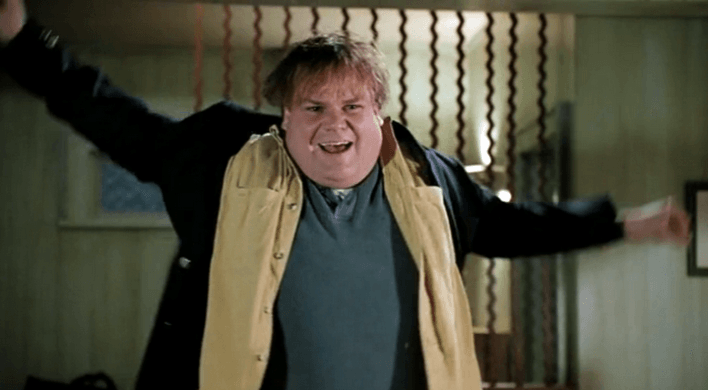 I Am Chris Farley

Just weeks ago, Amy proved that a documentary on the life of a troubled entertainer can move beyond the cliches of struggle, fame and burnout to reach a deeply poignant intimacy.

I Am Chris Farley doesn’t succeed on that level. In fact, it doesn’t even try.

Farley, like Amy Winehouse and so many before them both, was a giant talent gone too soon. But directors Brent Hodge and Derik Murray only seem interested in putting together a greatest hits package of Farley’s comedy coupled with wistful tributes from family, friends and colleagues.

Don’t get me wrong, those greatest hits are damn funny, and there’s great archival footage. You see some of Farley’s early stage work, and realize that he came to Saturday Night Live with classic bits such as “Matt Foley: Motivational Speaker” already fully formed and ready for prime time.

The laughs keep coming, and the interviews paint a picture of an all-around great guy who is still terribly missed to this day. The intentions of all involved seem truly sincere, but the entire project is polished with such a Hollywood sheen that it would have been better off as a Comedy Central special or SNL tribute show.

Annoying background music is everywhere, and there is a curious amount of time given to standup routines by Chris’s brother Kevin Farley. Meanwhile, the darker aspects of Chris’s story are given short shrift, and we’re reminded again how great and funny he was.

Not doubting any of it for one second, but a successful documentary has to cut more than just surface deep. I Am Chris Farley comes nowhere close.