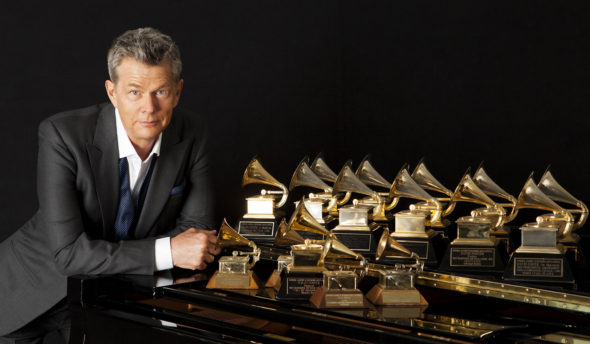 David Foster: Off the Record

Imagine being so successful at something that it bores you.

After decades in the music business, millions of records sold, 16 Grammy awards, scores of nominations, and multiple careers launched, improved or saved, that’s where legendary producer David Foster found himself.

His new passion is Broadway, where he hopes to launch a hit musical and maybe even check off the the T in EGOT (with a Tony award). This career shift has seemingly inspired Foster to look back, talking at length to director Barry Avrich for David Foster: Off the Record.

With an introductory promise to Avrich to “be over your shoulder the whole f-ing way,” Foster is very definitely on the record. The ego is healthy but understandable, and some frank self-assessment helps Foster come off as a complex, demanding, uniquely talented charmer who can be a bit of a Richard.

His perfect pitch was revealed during a self-described “perfect childhood” in Victoria, B.C., and by the time he was a young man was out-earning his parents through a variety of music gigs. After a year in London, he landed in L.A., became one-hit wonderful with Skylark (“Wildflower”) in ’72, caught the ear of Streisand in a recording session, and the rocket ride began.

Obviously, the man’s got some great stories. What Avrich has is a great editor in Eugene Weis, and together they set the perfect pace for a film about a guy who admits to only feeling comfortable in the fast lane.

Weis supercuts interview footage to create lively “conversations” between Foster and his colleagues, while Avrich lingers on Foster when he listens hard to one of his creations (such as Celine Dion’s “All By Myself”), drinking it in and relishing the effect.

Even if you don’t love all the tunes (and it’s clear members of Chicago aren’t exactly big fans of Foster’s bombastic 80’s ballads that rescued their career), it’s hard to resist the engaging nature of the storytelling. And they just keep coming, from crashing a party at Streisand’s and fighting over The Bodyguard soundtrack to saving a broadway star’s life by almost killing him and helping launch reality TV.

But while most of the film is gracefully laced with Foster’s honest introspection on his multiple failed marriages and concerns about being a good father, the final act wavers with a more glossy, choreographed concentration on his personal life.

Avrich recovers with a parting nod to Foster’s new focus on Broadway, the unconquered quest in the city he doesn’t enjoy. But hey, at least he’s not bored.

Thanks to what’s on the record in Off The Record, you won’t be, either.