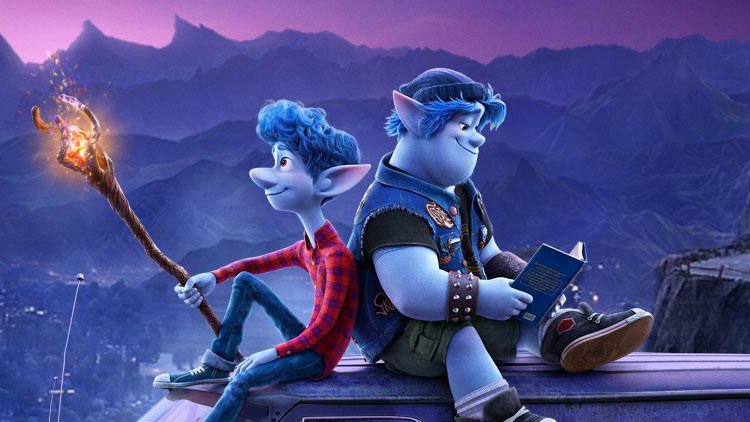 Dan Scanlon’s been kicking around Pixar for a while. He’s been part of the “Senior Creative Team” for some of the greatest animated films of the last decade: Toy Story 4, Coco, Inside Out.

He also wrote and directed Monsters University—his only w/d credits with the animation giant—and that movie is one of Pixar’s rare missteps. Can he right his footing with a fraternal quest, a hero’s journey, a nerdy road trip?

Onward, Scanlon’s first directing effort since that monstrous 2013 Revenge of the Nerds riff, opens where many a hero’s journey begins: a birthday. Shy elf Ian Lightfoot (Tom Holland) is turning 16. He’s a little awkward, and maybe even slightly embarrassed by his magic and folklore obsessed older brother, Barley (Chris Pratt).

Ian never met his dad, but his mom’s been saving a gift for just this occasion. It will set a series of actions in motion that will show the town how cool (and destructive) magic can be. But will it turn meek Ian into a hero?

Scanlon sets up a funny if slight near-satire of the mythical hero’s quest, and the most enjoyable sight gags in the film come from his eye for other (better) films in this vein: all things Lord of the Rings, Harry Potter, Indiana Jones. There’s even a bit of Guardians of the Galaxy (which feels a little too on-the-nose) and maybe just a touch of Weekend at Bernie’s.

I will be honest, he had me at feral unicorns. And it is these little flourishes that Onward gets right, but that’s just not enough to carry the film.

Pratt and especially Holland – who continues a run of solid voice work (even if no one saw Dolittle or Spies in Disguise) – both find a rapport that feels honest enough to give the emotional climax a little punch.

But there’s just nothing particularly magical about this movie. The core story is paint by numbers obvious and the nods to other epic adventures become so frequent and so brazen that it’s hard to find a single inspired or original thought in the entire film.

It’s nice. It garners an amused chuckle or too, maybe even a sniffle, but you’ll be hard pressed to remember anything about it besides those unicorns, and there was no real point to those.