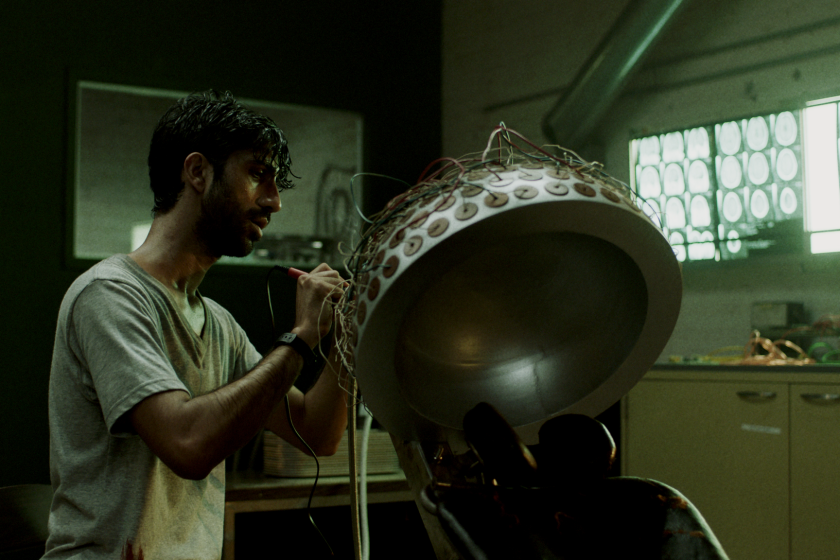 “Don’t make me psychotic. You wouldn’t like me when I’m psychotic.”

Okay, that’s not the exact quote, but science fiction and horror stories have been mining the conflicting personality premise since well before Bill Bixby on 1970s TV. Minor Premise ups the ante in stellar fashion, with no less than 10 identities competing for one man’s consciousness.

Dr. Ethan Kochar (Sathya Sridharan) is a scientist living in the shadow of his late father, but Ethan’s on the verge of a breakthrough that would make his spotlight quite a bit brighter.

His work is centered on mapping memories as physical imprints on neural pathways. If Ethan can isolate sections of the brain, he foresees amazing possibilities such as boosting intellect, erasing Alzheimers and PTSD, maybe even constructing consciousness.

But when Ethan goes full Brundlefly and experiments on himself, his identity is fractured into 10 different emotions – ranging from euphoric to psychotic – each operating at 6 minute increments.

Anyone familiar with 2004’s wonderful Primer will feel right at home, especially after Ethan’s colleague and former flame Allie (Paton Ashbrook) drops by to help him put the pieces of his mind back together. From there, the film becomes a one setting two-hander, as director/co-writer Eric Schultz unveils a feature debut of clever intellect, stylish pacing and claustrophobic, beat-the-clock tension.

Sridharan and Ashbrook make a formidable team, anchoring their wary chemistry and heady dialogue with a “try to keep up” attitude that’s organically right for their characters. They’re brilliant scientists (Schultz, by the way, studied psychology at Harvard) and we’re not, so if you pay enough attention and suspend a little disbelief, Minor Premise crackles with some major sci-fi thrills.