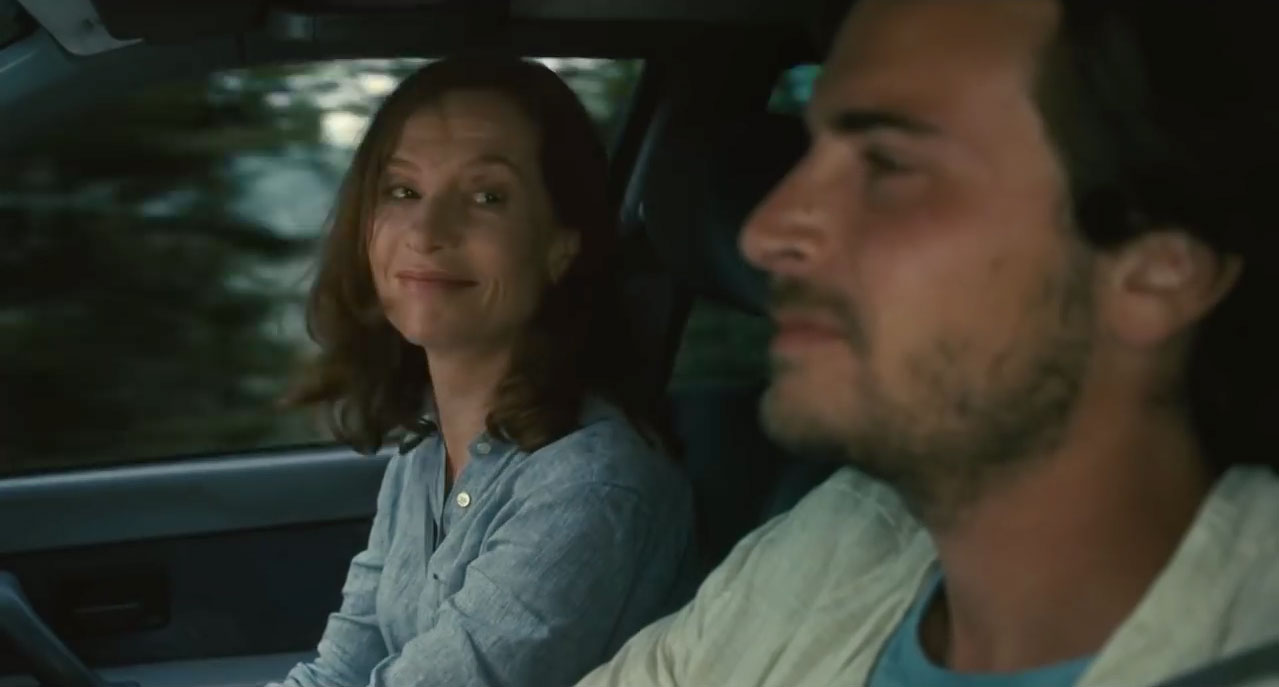 Depression is often depicted as something grey and dark – a hovering cloud or a dark pit. Writer/Director Mia Hansen Love takes depression and divorce and instead floods them with light in her hopeful but slow Things to Come.

Things follows Nathalie (Isabelle Huppert) as she navigates political upheaval, the end of her relationship, and the death of her mother. Instead of shooting a multitude of midlife-crises in dark corners and dim bars, Nathalie is found sleeping in sunny parks and running away to the country.

Even her mother Yvette (Edith Scob), wrought with panic attacks and depression, is bathed in light. Her apartment is bright and clean and she lays in bed all day in nothing but a silver silk night gown. Hansen Love’s film is determined to stay bright.

Huppert is steady and contemplative during the undoing of Nathalie, but her poise is just thinly veiled denial. When her husband Heinz (André Marcon) quietly announces that he’s leaving her for another woman, Huppert stares daggers out the window. “I thought you’d love me forever,” she quietly surrenders. And then, after a beat, “What an idiot.”

Riding out into the country side, she declares, “My mother is dead. My husband has left me. I’ve never been so free in my life!” All while toting along her mother’s black cat Pandora.

Nathalie hates Pandora, and is also allergic to her. But she refuses to recognize her literal baggage because sometimes faking it ’til you make it is the only option.

Things to Come can be heavy handed and slow. It intermixes quotes from philosophers and lengthy discussions on morality in a way that makes scenes feel listless. Rather than a complete narrative, the film unfolds like a series of emotional landscapes, loosely connected.

The first and last five minutes offer bizarre time jumps that don’t quite provide useful background or satisfying resolution. They are just moments on a timeline we’ve been invited to watch. But Huppert is ceaselessly watchable, and Hansen Love refuses to let dark times be … well, dark.