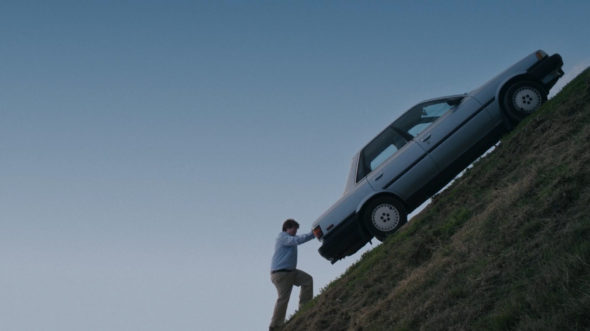 Toward the end the nearly 20 vignettes that make up I’ve Got Issues, a mournful woman proclaims, “The world is absurd. I’ve lost all my humor. But I must continue.”

That’s when you realize how deeply the lede has been buried.

Because that’s exactly what writer/director Steve Collins serves up: a host of absurdity that soldiers on, no matter how few laughs are generated.

Featuring occasional narration from Jim Gaffigan, bare bones production values and an ensemble of actors in ever-changing roles, the film wallows in the lowest of keys and the shaggiest of dogs. From a KKK recycling program to a self-help guru who’s of very little help, from a woman caught on a tilt-a-whirl to a singer sending out a demo tape addressed only to “Hollywood,” this film strings together segments on absurd futility that begin to make the title feel more like a cry for help.

Those with a very particular sense of humor may enjoy this film very much. God bless them.