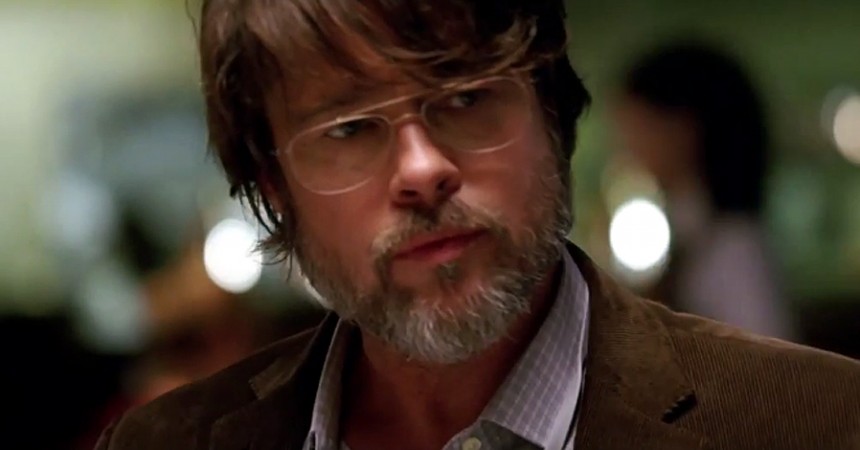 Earlier this year, Adam McKay won the Hollywood Film Awards Breakthrough Directing trophy. Adam McKay – director of Anchorman, Talladega Nights, Step Brothers, The Other Guys – broke through just this year? How can that be?

If you think you know Adam McKay, you haven’t seen The Big Short.

With the help of just about every A-lister in Hollywood – including Brad Pitt, Ryan Gosling, and Christian Bale – he tackles the oft addressed yet rarely entertaining topic of America’s housing collapse. What he seeks to do, in as enjoyable a way as possible, is illuminate the truth of the whole sordid mess. And as his film points out in one of its appropriate screen titles: Truth is like poetry, and most people fucking hate poetry.

McKay cross cuts the stories of four different groups of outsiders who foresaw the housing collapse, learned of the unimaginable corruption that weakened the housing market in the first place, and took advantage.

Obviously McKay is known for comedy, and though this is at its heart a drama, the director’s conspicuous outrage as well as his biting comic sensibilities fuel the film, propelling it in a way that has been lacking in any other movie on the topic.

McKay knows this is dry stuff. He addresses that fact head on, stopping periodically to help you understand key terms and ideas with cut-aways. Margot Robbie sits in a bubble bath to define a term, or Selena Gomez uses black jack as a metaphor to explain another. It’s a cheeky, clever approach, but one that rings with a healthy sense of cynicism. He’s begging: Please, you guys, this is very important stuff! Pay attention! Get pissed!

Christian Bale excels as the socially awkward Dr. Michael Burry, the hedge fund investor who first notices the weakness in the US housing market. It’s not a showy performance, but one whisper-close to comedy. Pitt’s is an understated but needed presence – the film’s conscience, more or less. Meanwhile Steve Carell and Gosling again team up nicely as a couple of driven misfits reluctantly fond of one another.

McKay makes no one a hero – including the film’s heroes – and underscores the entire effort with sympathy for the abused working class victim of the eventual, global financial collapse.

Yes, it’s tough material, and even with McKay’s bag of tricks, he can’t always keep the content both clear and lively. But he makes a valiant attempt, one that proves he is more than just a funny guy. He’s a breakthrough.